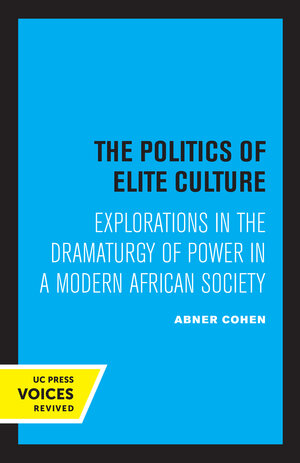 This title focuses on the dramatic process underlying the development of cultural mystique in the articulation of elite organization. The symbolic beliefs and practices involved act to reconcile, camouflage, or mystify a major contradiction in the development and functioning of elite groups, a contradiction between their universalistic functions and particularistic interests, between their duties to serve wider publics and their simultaneous endeavor to promote their own sectional power. Concentrating on the detailed, experimental study of one power elite within a modern small-scale nation-state--Sierra Leone--Cohen analyzes these processes. But his findings are systematically worked out within a general, cross-cultural comparative perspective, and he thereby further develops his earlier formulations about the instrumental functions of culture in politcal organization. Culture is analyzed in terms of symbolic forms, symbolic functions, and dramaturgical techniques. Politico-cultural causation is explored as it operates in chains of dramatic performances on different levels of social organization. Familiar, everyday symbolic events are taken out of their ordinary ideological sequences and, as Brecht would put it, thrown into crisis by showing their involvement in major power struggles. This title is part of UC Press's Voices Revived program, which commemorates University of California Press's mission to seek out and cultivate the brightest minds and give them voice, reach, and impact. Drawing on a backlist dating to 1893, Voices Revived makes high-quality, peer-reviewed scholarship accessible once again using print-on-demand technology. This title was originally published in 1981.

Abner Cohen was Professor Emeritus of Anthropology at the School of Oriental and African Studies (SOAS) at the University of London.

"This volume rests solidly upon the best available modern research into the political culture of Sierra Leone, and its Creole community in particular, as well as upon thoroughly original field research by Professor Cohen into the symbolic and ritualistic dynamics of what he rightly calls 'state elites' in the Sierra Leone polity. There is simply nothing quite like it in the literature of moder African politics. It will rank at the top of the literature on political culture." --Martin Kilson 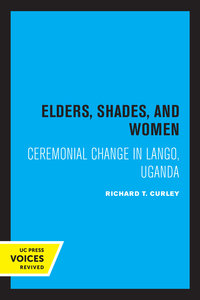 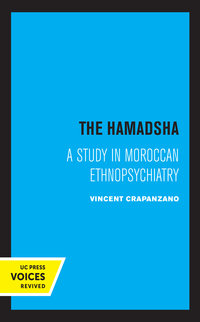 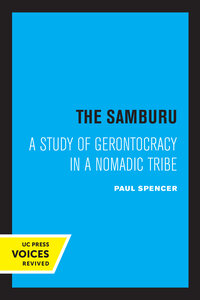 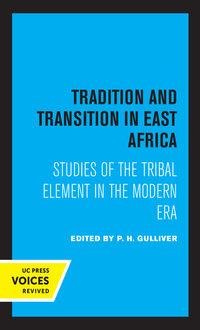 Tradition and Transition in East Africa