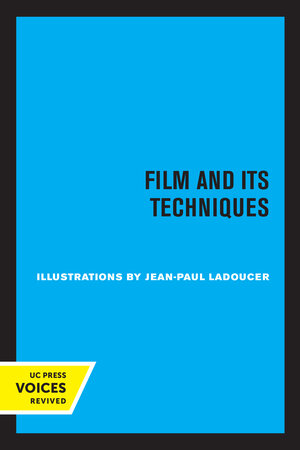 In a manner completely acceptable to the professional film maker, yet thoroughly understandable and of great value to the amateur cinematographer, Spottiswoode presents the essential, unwritten lore of documentary film making. The book deals first with the ideas for a documentary film, and shows how they are embodied ina script. It explains how the production unit is assembled, and goes on to describe the mechanism of the camera, the primary instrument of film making. The chapters which follow discuss the important creative process of editing, optical printing, the film library, and negative cutting. A special section deals with the physics of sound, the technical methods of recording it, and the creative uses to which sound can be put in film. A long chapter describes current color processes and 16-mm. techniques. Successive chapters take the reader through all the steps of the production from script to screen and give him clues to what practices he should adopt and what he should avoid. A number of simplified procedures in animation are described here for the first time. The book ends with an annotated bibliography of technical works on film, and an extensive, 1000-word glossary of film terms defined with the needs of the amateur in mind. This title is part of UC Press's Voices Revived program, which commemorates University of California Press's mission to seek out and cultivate the brightest minds and give them voice, reach, and impact. Drawing on a backlist dating to 1893, Voices Revived makes high-quality, peer-reviewed scholarship accessible once again using print-on-demand technology. This title was originally published in 1951.

Raymond Spottiswoode has had considerable experience in film making. He spent three years in England with John Grierson's original documentary production group and with commercial companies. He worked in the Canadian film industry for six years, first as producer, then as technical supervisor, with the National Film Board of Canada. From 1945 to 1948 he wrote, directed, and produced documentary films in the United States.

"This encyclopaedic volume manages to encompass its vast subject with clarity as well as conciseness." --Screen Director "A book for everyone interested in the science of film . . . a practical reference for motion pictures or television production." --Players Magazine "An introduction to approved technical procedures and valuable over-view of their relations one to the other. . . .an impressive and useful handbook for all film workers." --Saturday Review 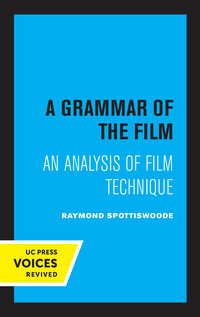 A Grammar of the Film