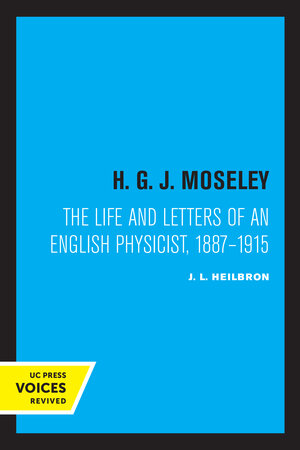 H. G. J. Moseley (1887 - 1915), the son and grandson of distinguished English scientists, a favorite student of Rutherford's and a colleague of Bohr's, completed researches of capital importance for atomic physics just before the outbreak of World War I. He was urged to devote himself to scientific war work in England, but his duty as he aw it was to join the battle. He procured himself command of a signaling section in the Royal Engineers, a speedy trip to Gallipoli, and death in the bloody battle for Sari Bair. In this work the author presents a full record of Moseley's brief and brilliant career. It gives instructive detail about Eton, which, as Heilbron shows, offered more opportunity for acquiring a foundation in science than its emphasis on Greek and games would suggest; about Oxford, a scientific backwater in Moseley's time; and about Rutherford's thriving laboratory at the University of Manchester. It describes in detail Moseley's apprenticeship in experimental physics, his growth under the tight supervision of Manchester, and his classical independent work on X rays, which almost certainly would have brought him the Nobel Prize. An epilogue sketches the chief results secured by other in the decade after his death in the research lines he opened. Heilbron's account is informed by an unequaled acquaintance with the relevant manuscript material, including all of Moseley's known correspondence (most of which he discovered) and the paper of colleagues such as Bohr, W. H. Bragg, G. H. Darwin, F. A. Lindemann (Lord Cherwell), Rutherford, Henry Tizard, Georges Ubrain, and G. von Hevesy. An important feature of the book is the publication, in extenso, of Moseley's surviving correspondence. These letters are not only a rich source for historians of science and of education. Tehy are also splendid reading: well-written records of the maturing of a strong mind, pithy commentaries on the Establishment as Moseley saw it, and exciting notices of the course of one of the most important researches in modern physical science. This title is part of UC Press's Voices Revived program, which commemorates University of California Press's mission to seek out and cultivate the brightest minds and give them voice, reach, and impact. Drawing on a backlist dating to 1893, Voices Revived makes high-quality, peer-reviewed scholarship accessible once again using print-on-demand technology. This title was originally published in 1974.

J. L. Heilbron is Professor of History and Vice-Chancellor Emeritus (Vice-Chancellor 1990–1994) at the University of California, Berkeley, senior research fellow at Worcester College, Oxford, and visiting professor at Yale University and the California Institute of Technology. 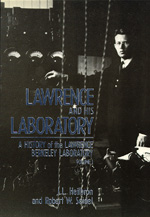 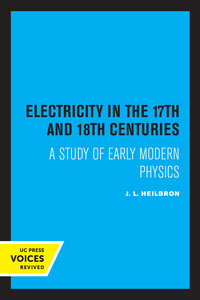