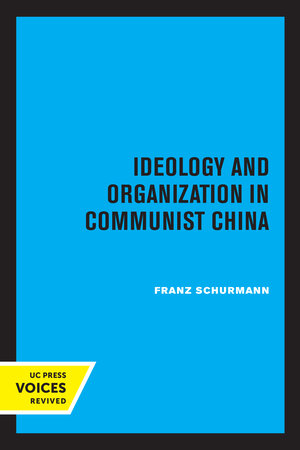 Ideology and Organization in Communist China

In 1949 a powerful political-military movement, led by the Chinese Communist party, gained control of war-ravaged China, inheriting a disorganized administration and a society eroded by decades of revolution. Within a short time China was so radically transformed politically, economically, and socially that it appeared to have cut all links with the past. The instruments of that transformation were ideology and organization. Today, seventeen years later, the ideology and the organizational network, despite changes, remain as powerful as they were in 1949. They still hold that vast country together politically and determine its economic and social development. This book, after a discussion of ideology in its first part, attempts to answer the question how Chinese Communist organization functions and why it is so successful. The second part analyzes the organization of Party and government, emphasizing methods of command and administration. The third part looks at industrial organization: the problems of management and control, especially the continuing struggle between the professionals and the politicians. The fourth part investigates the Chinese Communist methods of organizing their cities and villages, tracing the history of village organization from traditional times through the Yenan period, the land reform of the late 1940's, and the collectivization of the mid-1950's to communization in 1958. Although organization has been constantly changing in China, basic patterns ar apparent. The book analyzes the most characteristic pattern in all aspects of organization, the conflict between two incompatible elements or, in the Chinese Communist terms, "contradictions." The basic contradiction is that between professional ("expert") and political ("red") elements. This contradiction dominates the two distinctive periods in the short history of Communist China, the First Five-Year Plan (1953 - 1957) and the so-called Great Leap Forward (1958 - 1960). The book describes how the Chinese Communists attempted during the former period to emulate the Soviet organizational experience, with stress on techniques and technology; and during the latter period to use their own organizational methods to achieve economic progress. The presentation of the contrast between these two models of organization sheds light on the significant differences between the Soviet Union and Communist China. This title is part of UC Press's Voices Revived program, which commemorates University of California Press's mission to seek out and cultivate the brightest minds and give them voice, reach, and impact. Drawing on a backlist dating to 1893, Voices Revived makes high-quality, peer-reviewed scholarship accessible once again using print-on-demand technology. This title was originally published in 1966.

H. F. Schurmann was Professor of History and Sociology at the University of California, Berkeley. 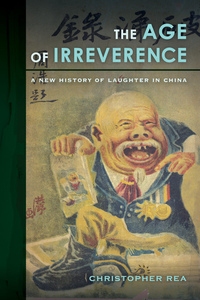 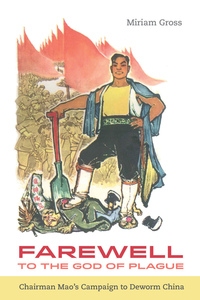