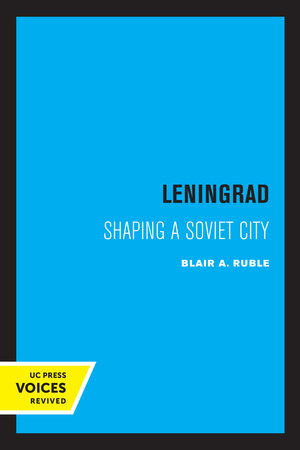 Throughout much of this century, cities around the world have sought to gain control over their urban destinies through concerted government action. Nowhere has this process of state intervention gone further than in the Soviet Union. This volume explores the ways in which local and regional political, economic, and cultural leaders in Leningrad determine the physical and socioeconomic contours of their city and region within such a centralized economic and political environment. The author examines four major policy initiatives that have emerged in Leningrad since the 1950s—physical planning innovations, integrated scientific-production associations, vocational education reform, and socioeconomic planning—and that have been anchored in attempts to plan and manage metropolitan Leningrad. Each initiative illuminates the bureaucratic and political strategies employed to obtain economic objectives, as well as the bureaucratic patterns which distinguish market and non-market experiences. The boundaries for autonomous action by local Soviet politicians, planners, and managers emerge through this inquiry. This title is part of UC Press's Voices Revived program, which commemorates University of California Press's mission to seek out and cultivate the brightest minds and give them voice, reach, and impact. Drawing on a backlist dating to 1893, Voices Revived makes high-quality, peer-reviewed scholarship accessible once again using print-on-demand technology. This title was originally published in 1990.

Blair A. Ruble is a Distinguished Fellow at the Woodrow Wilson Center. An established scholar and administrator in the field of Russian and Soviet studies, he is also the author of Soviet Trade Unions: Their Developments in the 1970s.