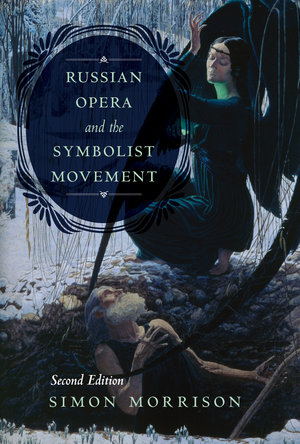 Acclaimed for treading new ground in operatic studies of the period, Simon Morrison’s influential and now-classic text explores music and the occult during the Russian Symbolist movement. Including previously unavailable archival materials about Prokofiev and Tchaikovsky, this wholly revised edition is both up to date and revelatory. Topics range from decadence to pantheism, musical devilry to narcotic-infused evocations of heaven, the influence of Wagner, and the significance of contemporaneous Russian literature. Symbolism tested boundaries and reached for extremes so as to imagine art uniting people, facilitating communion with nature, and ultimately transcending reality. Within this framework, Morrison examines four lesser-known works by canonical composers—Pyotr Tchaikovsky, Nikolay Rimsky-Korsakov, Alexander Scriabin, and Sergey Prokofiev—and in this new edition also considers Alexandre Gretchaninoff’s Sister Beatrice and Alexander Kastalsky’s Klara Milich, while also making the case for reviving Vladimir Rebikov’s The Christmas Tree.

Simon Morrison is Professor of Music and Slavic Languages and Literatures at Princeton University. He is the author of Bolshoi Confidential, The People's Artist: Prokofiev’s Soviet Years, and Lina and Serge: The Love and Wars of Lina Prokofiev.

“Worth investigation by anyone interested in the culture of this period or the composers discussed.”—Times Literary Supplement

“Ploughs new ground. . . . A fascinating study [and] a challenging mixture of literary and musical analysis.”—Opera Journal

“A rewarding and valuable study not only because of its insight and richness but also because of the accompanying reproductions of musical scores.”—Slavic & East European Journal

“Morrison draws on an impressive array of sources and disciplines…. His use of contemporary secondary sources is particularly effective, given his interest in the culture of reception.”—Slavic Review

“Morrison’s book has become a standard reading-list item and the accepted starting point for the researches of a new generation of graduate students. Ideas that were striking and fresh [when first published] have become common currency—a tribute to the book’s success.”—Journal of the American Musicological Society

“This volume contains so much valuable material: the archival research, the subtle contextual connections, and countless insights, whether musical, poetic, historical, or biographical. The book’s impact should extend well beyond musicology, and it deserves to be considered one of the magisterial studies of the Russian Silver Age.”—Marina Frolova-Walker, author of Stalin’s Music Prize: Soviet Culture and Politics

Acknowledgments
A Note on Transliteration and Dates

3 • Theurgy: Scriabin and the Impossible
Interlude • Another Church Musician Writes an Opera 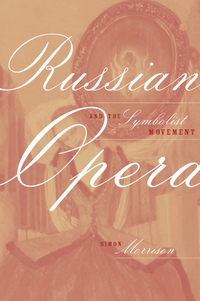 Russian Opera and the Symbolist Movement