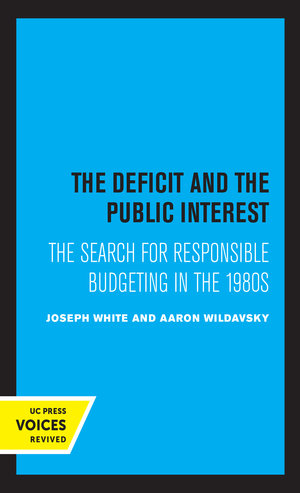 Political time is counted not in years, but in issues—the Depression defined the political era of the 1930s just as the Cold War did the 1950s and civil rights the 1960s. In the 1980s, the federal budget loomed as the dominant issue by which all others were considered and has become a concern that catalyzes debate in our nation's capital. In this definitive work, Joseph White and Aaron Wildavsky describe and analyze the struggles over taxing and spending from Carter's last year through the Reagan administration.

The battle of the budget is largely about defining the role of the government and its relationship to the people. It involves congressional horse-trading, partisan posturing, and technical tricks that affect billions of dollars. It is also a story of politicians operating within constraints set by both public opinion and political interpretation of economic reality. Though budgeting has always been important, its impact on the national agenda has grown dramatically.

Based on documentary sources and extensive interviews with participants, The Deficit and the Public Interest explains how budgeting works so the reader can see what is at stake in seemingly arcane disputes. It also explains the relationship of the budget to the media as well as to party and policy activists and explores the ways in which the deficit represents a crisis of confidence in our institutions, preeminently Congress and the presidency. Along the way, it provides a uniquely comprehensive account of the entire budget problem, exploring Gramm-Rudman, tax reform, and the continuing political gridlock.

The authors demonstrate that institutions have performed better than their members and critics believe, and they contend that extreme solutions to the deficit would likely be much worse than the original problems. Redefining the problem as one of reducing interest costs so the deficit becomes manageable, they proffer political advice on how to make this approach politically acceptable, both at home and abroad.
This title is part of UC Press's Voices Revived program, which commemorates University of California Press’s mission to seek out and cultivate the brightest minds and give them voice, reach, and impact. Drawing on a backlist dating to 1893, Voices Revived makes high-quality, peer-reviewed scholarship accessible once again using print-on-demand technology. This title was originally published in 1989.

At the time of orignial publication, Joseph White was a Research Associate in the Governmental Studies Program at the Brookings Institution. Aaron Wildavsky was Professor of Political Science at the University of California, Berkeley. 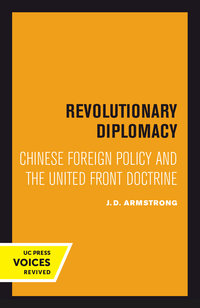