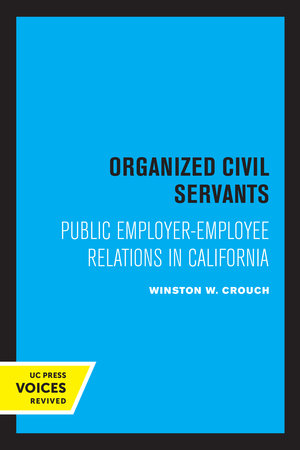 In the early 1960s, the militant demands of some organizations of state and local government employees to participate in decisions about compensation and conditions of employment challenged many established concepts of public administration. A series of strikes revealed a lack of public policy and administrative techniques to cope with the problems presented by aggressive and innovative groups of public employees. Although civil servants had been organized in some communities for as long as fifty years, public attitudes about how such organizations should fit into the political and administrative systems were hazy in the 1960s, and official policies were fragmentary or nonexistent.

Some states adopted legislation forbidding public employees to join certain types of organizations. Some highly industrial and urban states enacted legislation creating a system of employer-employee relations based on the theory of collective bargaining developed in industry. California, the most populous state, developed a public policy that differs considerably from the industrial model.

In Organized Civil Servants, Winston W. Crouch analyzes factors in California’s political system that have tended to produce this policy. He also analyzes the efforts made to reconcile collective bargaining in the public service with the established concepts and procedures of the merit system of public employment. The ultimate outcome appears to depend on the scope of agreements negotiated between public employers and employee organizations at the bargaining table.

This title is part of UC Press’s Voices Revived program, which commemorates University of California Press’s mission to seek out and cultivate the brightest minds and give them voice, reach, and impact. Drawing on a backlist dating to 1893, Voices Revived makes high-quality, peer-reviewed scholarship accessible once again using print-on-demand technology. This title was originally published in 1978.

Winston W. Crouch was Professor Emeritus of Political Science at the University of California, Los Angeles. 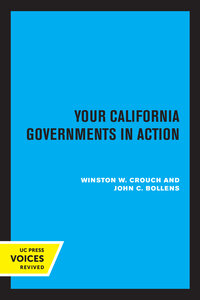