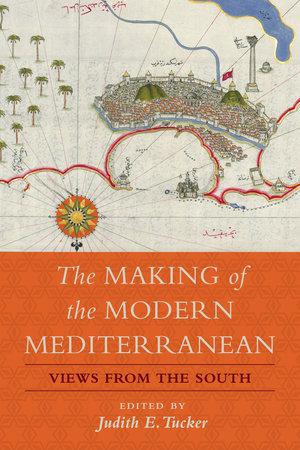 The Making of the Modern Mediterranean Views from the South

Judith E. Tucker is Professor of History at Georgetown University and author of Women, Family, and Gender in Islamic Law, In the House of the Law: Gender and Islamic Law in Ottoman Syria and Palestine, and Women in Nineteenth-Century Egypt.

"The volume partakes of recent efforts to expand [Mediterranean] historiography with studies that take ‘Arab and Turkish lands as points of departure.’"—Journal of Historical Geography

"Taken as a whole, this is a modest collection that does a nice job of inviting us to think harder about the Mediterranean as a space, and about the interplay of its southern, eastern, western, and northern shores."—Bustan: The Middle East Book Review

“Amid the abundance of scholarship on the Mediterranean, this collection shines in both its originality and sophistication. Bridging the early modern and modern periods with a variety of writings from seasoned authors, it stirs the waters of Mediterranean studies by imagining the sea from the vantage point of its southern and eastern shores that have been neglected by scholars.”—Konstantina Zanou, author of Transnational Patriotism in the Mediterranean, 1800–1850: Stammering the Nation


“This book is as important as it is timely and well done. It leaves no doubt that the Mediterranean, far from the obstacle it is so often depicted as, has served as a vital regional highway. An absolutely wonderful volume, this offers a blueprint for a new generation of scholars.”—Mark LeVine, author of Heavy Metal Islam: Rock, Resistance, and the Struggle for the Soul of Islam
Read More > 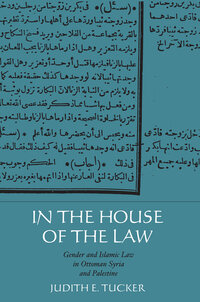 In the House of the Law