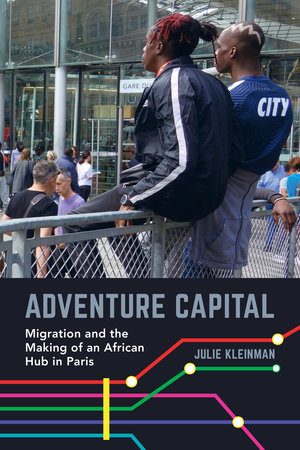 Paris’s Gare du Nord is one of the busiest international transit centers in the world. In the past three decades, it has become an important hub for West African migrants—self-fashioned adventurers—navigating life in the city.

In this groundbreaking work, Julie Kleinman chronicles how West Africans use the Gare du Nord to create economic opportunities, confront police harassment, and forge connections to people outside of their communities. Drawing on ten years of ethnographic research, including an internship at the French national railway company, Kleinman reveals how racial inequality is ingrained in the order of Parisian public space. She vividly describes the extraordinary ways that African migrants retool French transit infrastructure to build alternative pathways toward social and economic integration where state institutions have failed. In doing so, these adventurers defy boundaries—between migrant and citizen, center and periphery, neighbor and stranger—that have shaped urban planning and immigration policy. Adventure Capital offers a new understanding of contemporary migration and belonging, capturing the central role that West African migrants play in revitalizing French urban life.

Julie Kleinman is Assistant Professor of Anthropology at Fordham University.

"Adventure Capital demonstrates beautifully how the drive for continued mobility arises as much from a position of precariousness as it does from a 'trader’s logic' that extols difference and enables connection."—Antipode

"[S]cholars in the social sciences and humanities will find Kleinman’s book extremely valuable. It is beautifully written, engaging, and powerful in delivering its message and argument."—International Migration

"Reframes the way we tend to think about migration, French public space, and about living together and valuable encounters across difference."—Journal of Economic and Social Geography

"A vivid reminder that urban planning and programming is inherently political with far-reaching repercussions on social life. . . . The book is beautifully written and a definite page-turner."—Journal of Urban Affairs

"Theoretically sophisticated, accessibly written, and ethnographically engaged, Adventure Capital makes an important and timely intervention into the study of migration. . . . The book makes for essential reading for scholars of mobility and contemporary urban life."—Political and Legal Anthropology Review

"In a detailed reconceptualization of transport, Kleinman reveals Paris’s Gare du Nord as a place for social becoming, a station replete with transactions of all kinds, a critical machine for Africa making its imprint on a larger world of operations, and the contestations entailed in doing so."—AbdouMaliq Simone, Senior Professorial Fellow, Urban Institute, University of Sheffield

"Disrupting dominant depictions of harried and desperate migrants currently flooding Europe from the South, this enthralling book tells a different story: that of West African adventurers who, for decades, have traveled to France to use its urban infrastructure in building durable futures—at once in the metropole, and back in the village. The result is a highly innovative study, both inspired and compelling."—Jean Comaroff, Alfred North Whitehead Professor of African and African American Studies and of Anthropology, Harvard University

"In refreshingly clear and concise language, Kleinman underscores the work of ethnography—to describe a place, the Gare du Nord; the history and social, political, and economic context of the place; and the people, West Africans adventurers from Mali and Senegal, who inhabit the place. As such, readers are transported into the Gare du Nord, where they meet and get to know the protagonists of a particularly gripping twenty-first-century narrative, replete with the complex and considerable whys and wherefores of West African immigration to France­."––Paul Stoller, author of Yaya's Story: The Quest for Well-Being in the World 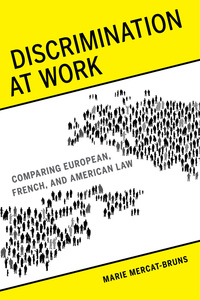 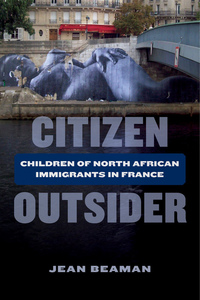