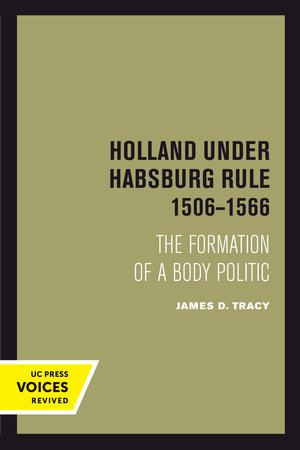 Holland Under Habsburg Rule, 1506-1566 The Formation of a Body Politic

Under what conditions were limited forms of self-government possible in medieval and early modern Europe? While many historians have sought an answer by investigating the development of parliamentary institutions in emerging national monarchies and the wider autonomy enjoyed by various city-states within their own borders, James D. Tracy concentrates instead on a relatively neglected phenomenon at an intermediate level of political organization—the self-governing province. Focusing on the province of Holland during the reigns of Charles V and Philip II (1506–1566), Tracy argues convincingly that Holland effectively underwent an apprenticeship in self-government.

The seven provinces of the Dutch Republic—among which Holland was the richest and most populous—were the first in history to govern themselves by a consensus among their towns and nobles. The foundations for this internal cohesion were put in place long before the Dutch Revolt; first by medieval provincial dynasties, then by the dukes of Burgundy, and finally by the House of Habsburg. At the turn of the sixteenth century, Holland was urbanized to a surprising degree, with over forty percent of its population residing in some thirty small and mid-sized towns. Forced by external threats to rise above their economic rivalries, the towns joined together through the forum of the provincial parliament, or States of Holland, which came to assume a primary role in the management of public finances.

While noting that the growing autonomy of Holland did not make the Dutch Revolt inevitable, Tracy points out that the revolt could hardly have succeeded without provinces that already had a tradition of managing their own affairs. In the broader context of European political institutions, the circumstances that permitted the provincial states to assume many of the functions of government illustrate not only the capacity for self-government but also the formation of genuine body politics.

James D. Tracy is Professor Emeritus of History at the University of Minnesota and the author of A Financial Revolution in the Habsburg Netherlands: Renten and Renteniers in the County of Holland, 1515–1565 and two other books.

“Very little work has been done on tracing the development of the form of government that was to become characteristic of the Dutch Republic during its ‘Golden Age.’ The discussion of the development of representative institutions in the Low Countries within a European-wide comparative framework is valuable. . . . [Holland's] structure of representation came to differ significantly from its neighbors. It was not supposed to work, according to political theory of the time, and yet it did. Learning how it came about helps to understand how it managed to stand as the only viable form of political organization outside of increasing royal absolutism in early modern times.”—William H. TeBrake, University of Maine at Orono 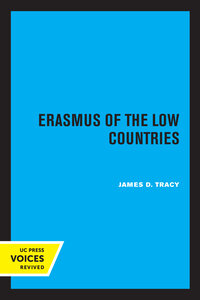