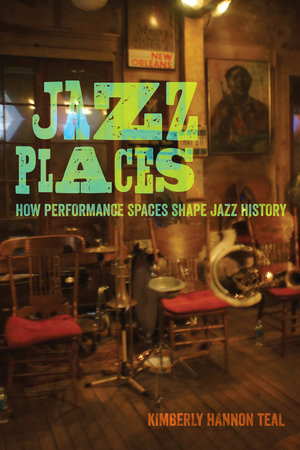 The social connotation of jazz in American popular culture has shifted dramatically since its emergence in the early twentieth century. Once considered youthful and even rebellious, jazz music is now a firmly established American artistic tradition. As jazz in American life has shifted, so too has the kind of venue in which it is performed. In Jazz Places, Kimberly Hannon Teal traces the history of jazz performance from private jazz clubs to public, high-art venues often associated with charitable institutions. As live jazz performance has become more closely tied to nonprofit institutions, its relationship to its own heritage has become increasingly important, serving as a means of defining jazz as a social good worthy of charitable support. Though different jazz spaces present jazz and its heritage in various and sometimes conflicting terms, ties to the past play an important role in defining the value of present-day music in a diverse range of jazz venues, from the Village Vanguard in New York to SFJazz on the West Coast to Preservation Hall in New Orleans.

Kimberly Hannon Teal is Assistant Professor of Music at the University of Arkansas.