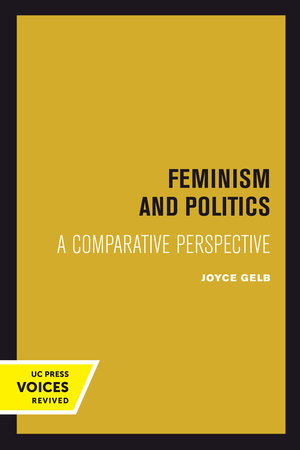 Feminism and Politics A Comparative Perspective

This incisive work provides a comparative political analysis of the women's movement in England, the United States, and Sweden from the 1960s to the present. Based on extensive interviews in each of the three countries, Feminism and Politics focuses not only on the internal dynamics of the movements themselves, but also on the relationship of feminist politics to the political process as a whole and to the economic and ideological context.

Joyce Gelb finds that differences in the feminist movements in each country relate to systemic and cultural differences. In Britain the closed nature of the political system has greatly narrowed opportunities for feminist political activities. By contrast, the feminist movement in the United States has enjoyed relative autonomy and success, primarily because it has been unconstrained by the necessity of working through existing groups such as unions and political parties. In Sweden Gelb finds a situation in which the state has implemented many feminist policies but has allowed little ideological or political space for an autonomous movement.

In its scope and analysis, Feminism and Politics offers a valuable perspective on women's political activities. This title is part of UC Press's Voices Revived program, which commemorates University of California Press’s mission to seek out and cultivate the brightest minds and give them voice, reach, and impact. Drawing on a backlist dating to 1893, Voices Revived makes high-quality, peer-reviewed scholarship accessible once again using print-on-demand technology. This title was originally published in 1989.

Joyce Gelb is Professor Emerita of Political Science at the City College of New York and the Graduate Center, City University of New York.

"A provocative and illuminating exploration of the relationship between feminist strategies and achievements in three countries. This book helps us all to rethink the methods by which we might achieve human equality."—Alice Kessler-Harris, Rutgers University

"Joyce Gelb attempts to expand what she has learned from a decade of analyzing public policy toward women in the United States to two other countries. Her primary comparison is with Great Britain, but a chapter on Sweden, perceptively titled ‘Feminism without Feminists?’ asks what happens when the state takes the lead in instigating social change."—Jo Freeman, Contemporary Sociology

"[Gelb] presents the reader with a wealth of information; she makes some imaginative comparisons, like measuring in graph form the impact of social changes on the feminist groups themselves; and she demonstrates how the feminist groups are a part of a larger political and cultural picture."—Roberta Ann Johnson, Annals of the American Academy of Political and Social Science

"Will stimulate much debate concerning the comparative analysis of women's politics and the choice of appropriate strategies in different national contexts."—Diane Sainsbury, University of Stockholm 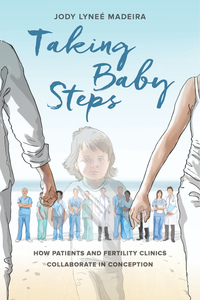