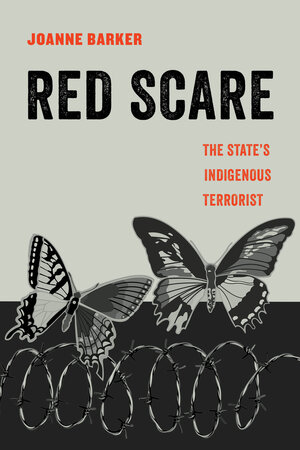 How the rhetoric of terrorism has been used against high-profile movements to justify the oppression and suppression of Indigenous activists.

New Indigenous movements are gaining traction in North America: the Missing and Murdered Women and Idle No More movements in Canada, and the Native Lives Matter and NoDAPL movements in the United States. These do not represent new demands for social justice and treaty rights, which Indigenous groups have sought for centuries. But owing to the extraordinary visibility of contemporary activism, Indigenous people have been newly cast as terrorists—a designation that justifies severe measures of policing, exploitation, and violence. Red Scare investigates the intersectional scope of these four movements and the broader context of the treatment of Indigenous social justice movements as threats to neoliberal and imperialist social orders.

In Red Scare, Joanne Barker shows how US and Canadian leaders leverage the fear-driven discourses of terrorism to allow for extreme responses to Indigenous activists, framing them as threats to social stability and national security. The alignment of Indigenous movements with broader struggles against sexual, police, and environmental violence puts them at the forefront of new intersectional solidarities in prominent ways. The activist-as-terrorist framing is cropping up everywhere, but the historical and political complexities of Indigenous movements and state responses are unique. Indigenous criticisms of state policy, resource extraction and contamination, intense surveillance, and neoliberal values are met with outsized and shocking measures of militarized policing, environmental harm, and sexual violence. Red Scare provides students and readers with a concise and thorough survey of these movements and their links to broader organizing; the common threads of historical violence against Indigenous people; and the relevant alternatives we can find in Indigenous forms of governance and relationality.

"From Elizabeth Warren to Standing Rock, Joanne Barker's brilliant Red Scare proves essential reading for those wanting to understand how Indianness continues to be reproduced for the U.S. empire. The book trenchantly confronts some of the most pressing issues facing Indigenous peoples in North America, and it does so while highlighting the absolute necessity for the groundedness of radical Indigenous feminisms to account for possible sites of anticolonial transformation."—Jodi Byrd, author of Transit of Empire: Indigenous Critiques of Colonialism

"This is a truly excellent book of clarity and analytical boldness. It introduces Indigenous social justice and treaty rights movements targeted by settler-state surveillance and repression to readers who may previously have known only of the NoDAPL campaigns. And it compellingly situates these in relation to gender and sexual violences, contemporary capitalist crisis, and environmental justice."—Alyosha Goldstein, author of Poverty in Common: The Politics of Community Action during the American Century

"This powerful work reveals the deep and profound symbiotic relationship between Canadian and American efforts to make Indigeneity synonymous with terrorism. This book provides Indigenous peoples with the intellectual tools to see past our difference, calling on us to unite against the forces of imperialism so clearly determined to divide and destroy us."—Brenda Macdougall, Research Chair in Métis Family and Community Traditions, University of Ottawa


"This urgent and original study shows how the United States and Canada need the Indian as both the 'murderable' terrorist whose existence justifies the imperial state violence and the 'kinless' Indian with no relationship to community; an identity performed by settlers, at will, and at the expense of the sovereignty of Indigenous nations. A remarkable book."—Kevin Bruyneel, author of Settler Memory: The Disavowal of Indigeneity and the Politics of Race in the United States

"Red Scare offers a succinct and illuminating account of one of the core ideological justifications of settler-statecraft and capitalist accumulation, both past and present: indigeneity as terrorism. It is nothing less than a call to abolish everything that this vile construction has caused through the rematriation of Indigenous governance and relations of reciprocity. The end result is a vision of a truly ecologically just, gender emancipatory, free world for all."—Glen Coulthard, author of Red Skin, White Masks: Rejecting the Colonial Politics of Recognition
Read More > 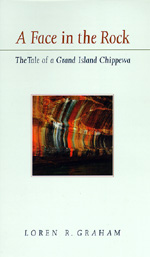 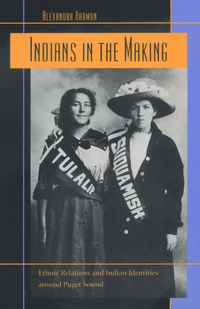 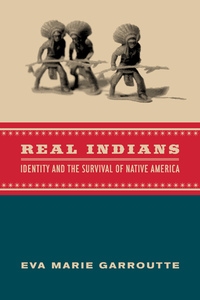 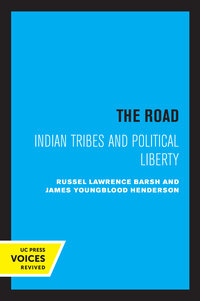