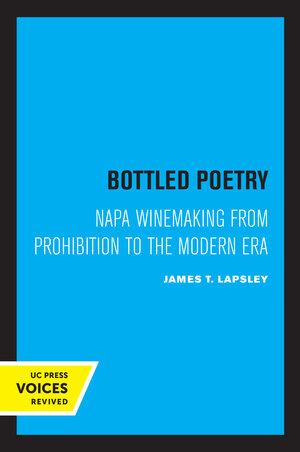 Bottled Poetry Napa Winemaking from Prohibition to the Modern Era

California's Napa Valley is one of the world's premier wine regions today, but this has not always been true. James T. Lapsley's entertaining history explains how a collective vision of excellence among winemakers and a keen sense of promotion transformed the region and its wines following the repeal of Prohibition. Focusing on the formative years of Napa's fine winemaking, 1934 to 1967, Lapsley concludes with a chapter on the wine boom of the 1970s, placing it in a social context and explaining the role of Napa vineyards in the beverage's growing popularity.

Names familiar to wine drinkers appear throughout these pages—Beaulieu, Beringer, Charles Krug, Christian Brothers, Inglenook, Louis Martini—and the colorful stories behind the names give this book a personal dimension. As strong-willed, competitive winemakers found ways to work cooperatively, both in sharing knowledge and technology and in promoting their region, the result was an unprecedented improvement in wine quality that brought with it a new reputation for the Napa Valley.

In The Silverado Squatters, Robert Louis Stevenson refers to wine as "bottled poetry," and although Stevenson's reference was to the elite vineyards of France, his words are appropriate for Napa wines today. Their success, as Lapsley makes clear, is due to much more than the beneficence of sun and soil. Craft, vision, and determination have played a part too, and for that, wine drinkers the world over are grateful.
This title is part of UC Press's Voices Revived program, which commemorates University of California Press’s mission to seek out and cultivate the brightest minds and give them voice, reach, and impact. Drawing on a backlist dating to 1893, Voices Revived makes high-quality, peer-reviewed scholarship accessible once again using print-on-demand technology. This title was originally published in 1996. 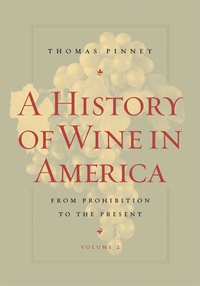 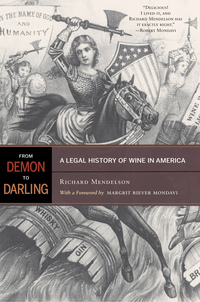 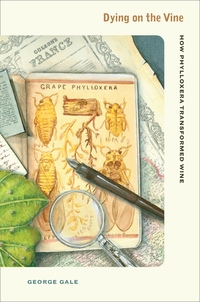 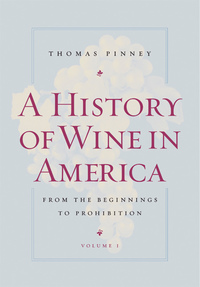 A History of Wine in America, Volume 1 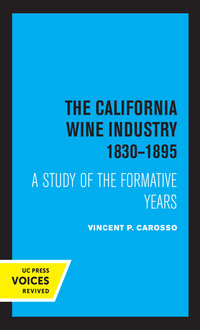 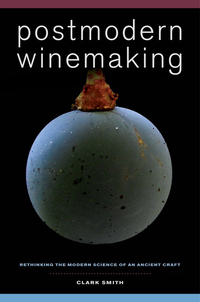 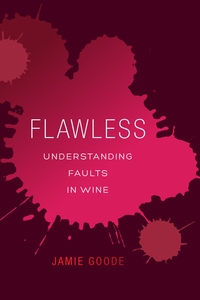