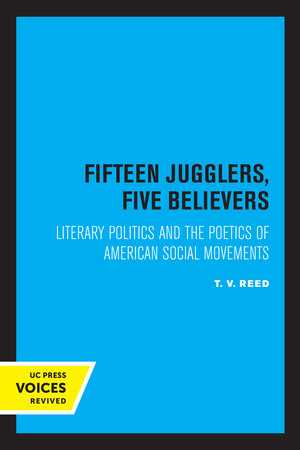 In striking interpretations of texts in four different genres—James Agee and Walker Evans’s Let Us Now Praise Famous Men, Ralph Ellison's Invisible Man, Norman Mailer's Armies of the Night, and the ecofeminist Women's Pentagon Actions of the early 1980s—Reed shows how reading literary texts for their political strategies and reading political movements as texts can help us overcome certain rhetorical traps that have undermined American efforts to combat racism, sexism, and economic inequality.
This title is part of UC Press's Voices Revived program, which commemorates University of California Press’s mission to seek out and cultivate the brightest minds and give them voice, reach, and impact. Drawing on a backlist dating to 1893, Voices Revived makes high-quality, peer-reviewed scholarship accessible once again using print-on-demand technology. This title was originally published in 1992.

"An extraordinarily ambitious effort of synthesis, worthy of comparison with the synthesis attempted a decade ago by Fredric Jameson's The Political Unconscious. This book speaks in a fresh voice, a voice that clearly knows all of the most interesting thinking on the politics of culture over the past few years yet is stimulated rather than burdened by its knowledge. It will be welcomed with exhilaration by the large and ever-increasing audience for the theory and practice of cultural studies as well as, I'm convinced, by an unusually broad general readership. No one thinking about the complex relations between aesthetics and politics will be able to ignore it."—Bruce Robbins, editor of Intellectuals: Aesthetics, Politics, Academics