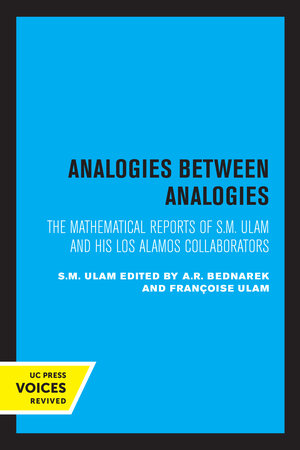 Analogies Between Analogies The Mathematical Reports of S.M. Ulam and his Los Alamos Collaborators

During his forty-year association with the Los Alamos National Laboratory, mathematician Stanislaw Ulam wrote many Laboratory Reports, usually in collaboration with colleagues. Some of them remain classified to this day. The rest are gathered in this volume and for the first time are easily accesible to mathematicians, physical scientists, and historians. The timeliness of these papers is remarkable. They contain seminal ideas in such fields as nonlinear stochastic processes, parallel computation, cellular automata, and mathematical biology. The collection is of historical interest as well, During and after World War II, the complexity of problems at the frontiers of science surpassed any technology that had ever existed. Electronic computing machines had to be developed and new computing methods had to be invented based on the most abstract ideas from the foundations of mathematics and theoretical physics. To these problems and others in physics, astronomy, and biology, Ulam was able to bring both general insights and specific conceptual contributions. His fertile ideas were far ahead of their time, and ranged over many branches of science. In fact, his mathematical versatility fulfilled the statement of his friend and mentor, the great Polish mathematician Stefan Banach, who claimed that the very best mathematicians see "analogies between analogies." Introduced by A. R. Bednarek and Francoise Ulam, these Los Alamos reports represent a unique view of one of the twentieth century's intellectual masters and scientific pioneers. This title is part of UC Press's Voices Revived program, which commemorates University of California Press’s mission to seek out and cultivate the brightest minds and give them voice, reach, and impact. Drawing on a backlist dating to 1893, Voices Revived makes high-quality, peer-reviewed scholarship accessible once again using print-on-demand technology. This title was originally published in 1990.

S. M. Ulam (1909-1984), a key member of the now legendary Polish School of Mathematics, came to the United States in 1935. After work at Princeton, Harvard, and the University of Wisconsin, he joined the Manhattan Project at Los Alamos in 1944. In addition to his articles, essays, and books of mathematical studies, Ulam published an autobiography, Adventures of a Mathematician.

"Most of the ideas presented retain their importance today, and . . . are absolutely fundmental, both from a historical and from a scientific viewpoint." —Gian-Carlo Rota, Massachusetts Institute of Technology 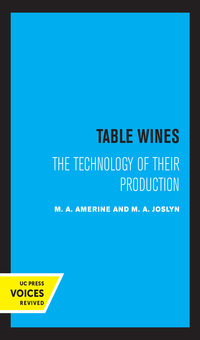