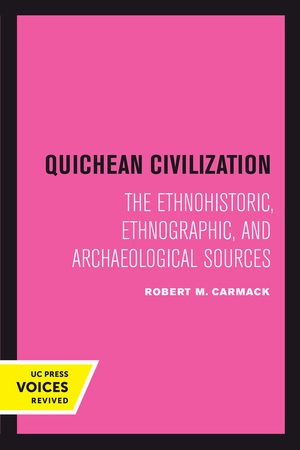 The Quiche state in Guatemala flourished for several centuries before being destroyed by the conquistadors in 1524. During the early years of the ensuing period, the Quicheans recorded their past history and legends, writing in their own language but using the Latin alphabet. Many of these chronicles have survived, each illuminating various aspects of pre-conquest Quichean culture. Organized in six sections, Quichean Civilization categorizes all the documented sources describing the Quiche Maya.