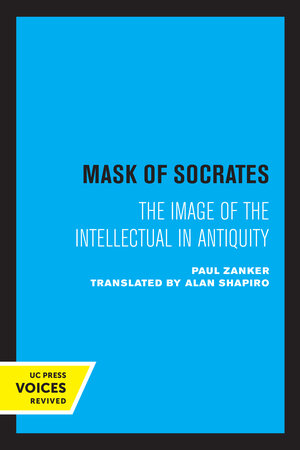 The Mask of Socrates The Image of the Intellectual in Antiquity

This richly illustrated work provides a new and deeper perspective on the interaction of visual representation and classical culture from the fifth century B.C. to the fourth century A.D. Drawing on a variety of source materials, including Greco-Roman literature, historiography, and philosophy, coupled with artistic renderings, Paul Zanker forges the first comprehensive history of the visual representation of Greek and Roman intellectuals. He takes the reader from the earliest visual images of Socrates and Plato to the figures of Christ, the Apostles, and contemporaneous pagan and civic dignitaries.

Through his interpretations of the postures, gestures, facial expressions, and stylistic changes of particular pieces, we come to know these great poets and philosophers through all of their various personas—the prophetic wise man, the virtuous democratic citizen, or the self-absorbed bon vivant. Zanker's analysis of how the iconography of influential thinkers and writers changed demonstrates the rise and fall of trends and the movement of schools of thought and belief, each successively embodying the most valued characteristics of the period and culture.
This title is part of UC Press's Voices Revived program, which commemorates University of California Press’s mission to seek out and cultivate the brightest minds and give them voice, reach, and impact. Drawing on a backlist dating to 1893, Voices Revived makes high-quality, peer-reviewed scholarship accessible once again using print-on-demand technology. This title was originally published in 1995.