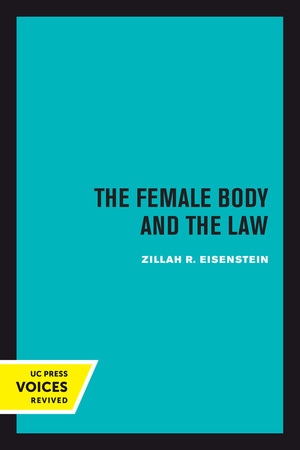 The Female Body and the Law provides an original and incisive reexamination of the dynamics of sexual equality. Eisenstein contends that sexual inequality is fostered both by the law and by the insistence that men and women are biologically different. Through a fascinating discussion of a series of issues including affirmative action, AIDS, Baby M, pornography, and abortion, Eisenstein shows how the law operates as a political language that establishes and curtails choices and actions.

Zillah R. Eisenstein is Professor of Politics at Ithaca College.

"The Female Body and the Law is an important book that needs to be read by a broad range of scholars, feminists, journalists, and activists. Eisenstein has captured brilliantly the tension between competing arguments and pulled them together in a way that changes the way we think."—Ethel Klein, Columbia University

"A fine scholarly work, Eisenstein's new book is a significant contribution to important contemporary debates about democracy, sexual difference, and equality. . . . [It] will be of interest to several scholarly audiences, both for its promising contributions to post-liberal, radical egalitarian political theory and for its intelligent discussion of much-debated specific legal controversies. . . . This is a very good and timely book placed right in the middle of many interesting debates."—Donna Haraway, University of California, Santa Cruz 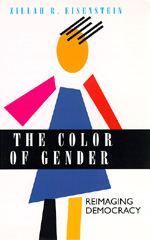 The Color of Gender