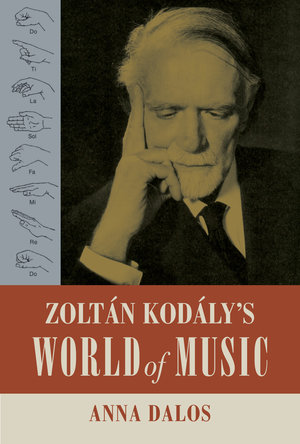 Hungarian composer and musician Zoltán Kodály (1882–1967) is best known for his pedagogical system, the Kodály Method, which has been influential in the development of music education around the world. Author Anna Dalos considers, for the first time in publication, Kodály’s career beyond the classroom and provides a comprehensive assessment of his works as a composer. A noted collector of Hungarian folk music, Kodály adapted the traditional heritage musics in his own compositions, greatly influencing the work of his contemporary, Béla Bartók. Highlighting Kodály’s major music experiences, Dalos shows how his musical works were also inspired by Brahms, Wagner, Debussy, Palestrina, and Bach. Set against the backdrop of various oppressive regimes of twentieth-century Europe, this study of Kodály’s career also explores decisive, extramusical impulses, such as his bitter experiences of World War I, Kodály’s reception of classical antiquity, and his interpretation of the male and female roles in his music. Written by the leading Kodály expert, this impressive work of historical and musical insight provides a timely and much-needed English-language treatment of the twentieth-century composer.

Anna Dalos is a musicologist and Head of the Archives for 20th- and 21st-Century Hungarian Music at the Institute for Musicology of the Research Centre for the Humanities, Budapest. She is the author of two monographs on Zoltán Kodály and is a leading scholar on his work.

"Contains a wealth of new information and brings a fresh perspective to the subject."—Peter Laki, editor of Bartók and His World

"Provides a critically sophisticated treatment of the Hungarian composer, musical ethnologist, and pedagogue Zoltán Kodály. Kodály emerges as more surprising, more flawed, more human, and more impressive than his besainted reputation in his native Hungary and his relative scholarly neglect elsewhere has allowed until now."—David E. Schneider, author of Bartók, Hungary, and the Renewal of Tradition

Introduction
1. Zoltán Kodály's Path
2. Kodály the Brahmin: The Beginning of the Composer's Career
3. A Paradigm Shift: The Reinterpretation of the Folk Song Concept
4. Finding the Voice of His "Deepest Inner Self": The Case of String Quartet No. 1
5. Commentaries on Debussy: Kodály's Turn toward Western Modernity
6. Nausicaa, Sappho, and Other Women in Love: Women and Modernism in Kodály's Songs
7. "From These Times of War": The Case of String Quartet No. 2
8. Reflections of a Nonpolitical Man: Kodály after the Trianon Treaty (1920)
9. An Encounter with a Young Man: The Peacock Variations
10. Palestrina in Budapest: Kodály's Views on Church Music
11. Why Jeppesen?: Kodály's Readings on Counterpoint
12. Hungarian Counterpoint: Contrapuntal Technique in Kodály's Works
13. The Art of Fugue: About Kodály's Concerto
14. A Symphonic Self-Portrait: The Last Years 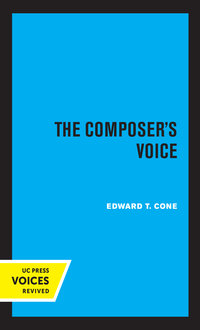