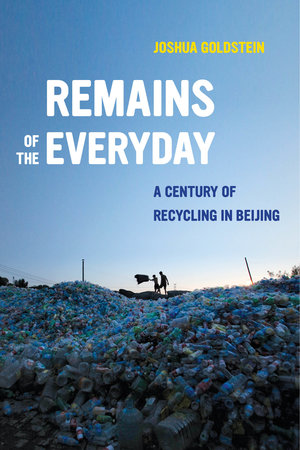 Remains of the Everyday A Century of Recycling in Beijing

Remains of the Everyday traces the changing material culture and industrial ecology of China through the lens of recycling. Over the last century, waste recovery and secondhand goods markets have been integral to Beijing’s economic functioning and cultural identity, and acts of recycling have figured centrally in the ideological imagination of modernity and citizenship. On the one hand, the Chinese state has repeatedly promoted acts of voluntary recycling as exemplary of conscientious citizenship. On the other, informal recycling networks—from the night soil carriers of the Republican era to the collectors of plastic and cardboard in Beijing’s neighborhoods today—have been represented as undisciplined, polluting, and technologically primitive due to the municipal government’s failure to control them. The result, Joshua Goldstein argues, is the repeatedly re-inscribed exclusion of waste workers from formations of modern urban citizenship as well as the intrinsic liminality of recycling itself as an economic process.

"Remains of the Everyday is an outstanding contribution to the literature on modern China and a brilliant marriage of social and environmental history. From reconstructions of the early twentieth-century junk trade, to excavations of socialist-era waste bureaucracies, and explorations of present-day plastics recycling, Joshua Goldstein shines new light on critical questions of social justice and sustainability."—Sigrid Schmalzer, Professor of History, University of Massachusetts Amherst

"I could not put this book down. This is a riveting account of a century of waste history that too few have heard of and yet nearly everyone in the world has been affected by. The book is not only timely, but it is also breathing new life into the growing literature of discard studies, while highlighting the Chinese state’s ambitious approach to waste."—Joshua O. Reno, author of Military Waste: The Unexpected Consequences of Permanent War Readiness

Part Two. The Mao Era (1949–1980)
Recycling According to Plan
3 The Rural Exile of Urban Wastes
4 Standardizing Chaos: Rationalizing the Junk Trades in the 1950s
5 Effortful Equilibriums of the State-Managed Scrap Sector, 1960–1980
Beijing’s Waste-Scape on the Cusp of Market Reform

Appendix: Timelines of Selected Events in the Recycling and Sanitation Bureaucracies, 1949–2000
Notes
Index 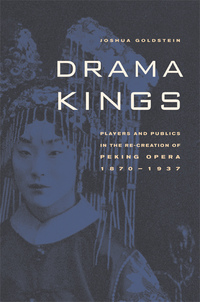