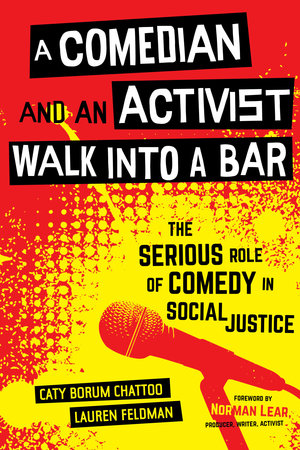 Comedy is a powerful contemporary source of influence and information. In the still-evolving digital era, the opportunity to consume and share comedy has never been as available. And yet, despite its vast cultural imprint, comedy is a little-understood vehicle for serious public engagement in urgent social justice issues – even though humor offers frames of hope and optimism that can encourage participation in social problems. Moreover, in the midst of a merger of entertainment and news in the contemporary information ecology, and a decline in perceptions of trust in government and traditional media institutions, comedy may be a unique force for change in pressing social justice challenges.

Comedians who say something serious about the world while they make us laugh are capable of mobilizing the masses, focusing a critical lens on injustices, and injecting hope and optimism into seemingly hopeless problems. By combining communication and social justice frameworks with contemporary comedy examples, authors Caty Borum Chattoo and Lauren Feldman show us how comedy can help to serve as a vehicle of change.

Seasoned experts of both communication studies and comedic activism, Caty Borum Chattoo and Lauren Feldman will soon embark on a series of events in promotion of their soon-to-be-published A Comedian and an …

"Kudos to Caty Borum Chattoo and Lauren Feldman for teaching me so much about my own job. A Comedian and an Activist Walk into a Bar is a comprehensive and insightful examination of the ways comedy can help shape social justice movements. It is an important read for anyone interested in understanding our current media landscape as a whole."––Hasan Minhaj, Comedian/Host of the Netflix series Patriot Act with Hasan Minhaj

"If there is another book about how comedy can change the world, I haven’t found it. A Comedian and An Activist Walk into a Bar goes beyond the punchline––Caty Borum Chattoo, Lauren Feldman and their subjects explain how comedy can be leveraged for more than just singular laughter; it can be a means to the end of creating social change on our most pressing social justice problems. And if comedy can’t help us now, we’re totally screwed. That’s what makes this book a must read.” ––Erika Soto Lamb, Vice President, Social Impact Strategy, Comedy Central

"A Comedian and An Activist Walk into a Bar is not simply a setup looking for a punchline. It is a profound book, full of mirth and insight, about the increasingly central roles that comedy is playing in efforts to transform the world. What was once unthinkable (don't make me laugh!) is now seemingly everywhere, and these authors understand where the poop jokes are and also why those jokes work to change our awareness, beliefs, and actions."––Henry Jenkins, Coeditor of Popular Culture and the Civic Imagination: Case Studies of Creative Social Change


"This book works from a simple premise—that comedy can bring people together. Borum Chattoo and Feldman demonstrate how comedy has become a fresh and powerful means for addressing some of our most intransigent and pressing problems. In turn, traditional conceptions of “activism” as an ideological or partisan pursuit are also transformed. What better way for democracy to flourish than through political engagement that is driven by the commonality that laughter provides?"––Jeffrey Jones, Executive Director of the Peabody Awards and author of Entertaining Politics
Read More >

PART I: COMEDY AMDIST A CONTMEPORARY LANDSCAPE OF INFLUENCE AND INFORMATION

Introduction
1. Why Comedy, and Why Now?
2. How Comedy Works as a Change Agent
3. From Stand-Up to Sitcoms: Socially Critical
Comedy across Genres

6. Comedians’ Perspectives on the Intersections of
Art and Activism
7. Creative Collaborations: How Comedians and
Social Justice Advocates Work Together
8. Imagining the Future of Comedy’s Role in Social Justice

Appendix A: Methodological Details and Full
Results from Chapter 4

Appendix B: Methodological Overview and Main
Results from Chapter 5

Notes
About the Authors
Index 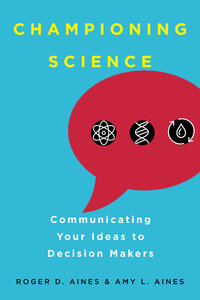