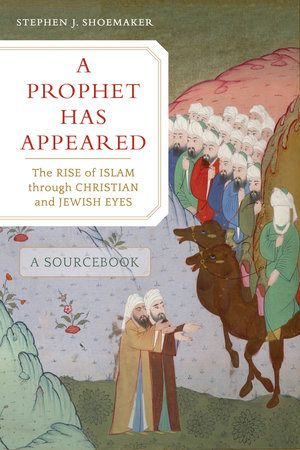 A Prophet Has Appeared The Rise of Islam through Christian and Jewish Eyes, A Sourcebook

Early Islam has emerged as a lively site of historical investigation, and scholars have challenged the traditional accounts of Islamic origins by drawing attention to the wealth of non-Islamic sources that describe the rise of Islam. A Prophet Has Appeared brings this approach to the classroom. This collection provides students and scholars with carefully selected, introduced, and annotated materials from non-Islamic sources dating to the early years of Islam. These can be read alone or alongside the Qur'an and later Islamic materials. Applying historical-critical analysis, the volume moves these invaluable sources to more equal footing with later Islamic narratives about Muhammad and the formation of his new religious movement.

Included are new English translations of sources by twenty authors, originally written in not only Greek and Latin but also Syriac, Georgian, Armenian, Hebrew, and Arabic and spanning a geographic range from England to Egypt and Iran. Ideal for the classroom and personal library, this sourcebook provides readers with the tools to meaningfully approach a new, burgeoning area of Islamic studies.

Stephen J. Shoemaker is Professor of Religious Studies and Ira E. Gaston Fellow in Christian Studies at the University of Oregon. He is a specialist on early Christian apocrypha, devotion to the Virgin Mary, and the rise of Islam. He is the author of The Death of a Prophet, The Apocalypse of Empire, and Mary in Early Christian Faith and Devotion, among many other publications.

"A marvel of concision and originality; best of all, it is readily accessible to the general reader. . . . A Prophet Has Appeared is one of the most readable and exciting books in Islamic history."

"Indeed, Shoemaker provides one of the most cohesive alternative visions to the emergence of Islam. A Prophet Has Appeared is a pivotal piece of this vision."—Reading Religion

"This excellent and concise volume presents the reader, both novice and informed, with the most important non-Islamic textual witnesses to the rise of Islam during its first century. In accessible English, Stephen Shoemaker has woven these sources together into a coherent narrative focusing particularly on Islamic settlement in and around Jerusalem and Syria. This book will prove essential reading in any undergraduate and graduate course on the early centuries of Islam."—Naomi Koltun-Fromm, Professor of Religion, Haverford College

1 The Teaching of Jacob the Newly Baptized

2 Synodical Letter, Homily on the Nativity, and Homily on Epiphany
Sophronius of Jerusalem

3 A Syriac Fragment Concerning the Believers' Invasion of Syria

6 The Armenian Chronicle of 661 attributed to Sebeos

7 The Spiritual Meadow, Appendix to the Georgian Version
John Moschus

8 Homily on the End-Times
Ps.-Ephrem the Syrian

10 Edifying Tales, Homily on the Lord’s Passion, The Hodegos, and Questions and Answers
Anastasius of Sinai

15 On the Holy Places
Adomnán / Arculf

18 Fourth Letter to John the Stylite
Jacob of Edessa