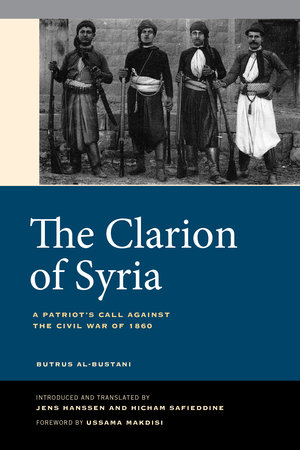 When Nafir Suriyya—“The Clarion of Syria”—was penned between September 1860 and April 1861, its author Butrus al-­Bustani, a major figure in the modern Arabic Renaissance, had witnessed his homeland undergo unprecedented violence in what many today consider Lebanon’s first civil war. Written during Ottoman and European investigations into the causes and culprits of the atrocities, The Clarion of Syria is both a commentary on the politics of state intervention and social upheaval, and a set of visions for the future of Syrian society in the wake of conflict.

Butrus al-Bustani was a nineteenth century Ottoman Arab educator and public intellectual regarded by many as the first Syrian nationalist due to publication of Nafir Suriyya following the 1860 communal disturbances in Mt. Lebanon and Damascus.

Jens Hanssen is Associate Professor of Arab Civilization, Middle Eastern, and Mediterranean history at the University of Toronto. He is author of Fin de Siècle Beirut and coeditor of Arabic Thought Beyond the Liberal Age and Arabic Thought Against the Authoritarian Age.

Hicham Safieddine is Assistant Professor of History of the Modern Middle East at King’s College, London. He is co-founder and translation editor of e-publications Al-Akhbar English and The Legal Agenda English Edition.

"An essential multidisciplinary text invaluable to scholars and students from a number of vantage points."—Journal of Arabic Literature

"??The Clarion of Syria is an excellent addition to the recent scholarship about the Nahda and from whose visions Arab leaders and the people at large would benefit. The book would be of interest to scholars and students of history and Middle East and cultural studies."—Arab Studies Quarterly

“After a century of neglect, Nafir Suriyya has recently become integral to our understanding of national identity in the 19th century. The first English translation of this foundational text offered alongside a fantastic historical introduction, this is an excellent and much needed contribution from uniquely qualified scholars”—Stephen Sheehi, author of The Arab Imago: A Social History of Portrait Photography, 1860–1910

“This signal document of nineteenth-century Arab cultural and political activism, penned by a leading theoretician and practitioner of that era, is accessibly translated and attentively introduced. It is a welcome addition to the growing body of Nahda works in translation, and to scholarship on them.”—Marilyn Booth, University of Oxford

“This timely and well composed translation of the major Nahda figure will be a great resource for scholars and students of history, politics, and the Middle East. The historical and literary significance of Nafir Suriyya cannot be overestimated. A pleasure to read!”—Tarek El-Ariss, author of Trials of Arab Modernity: Literary Affects and the New Political


“A seminal text of the modern Arab ‘Renaissance,’ delivered at last to the English-speaking world! It will surely become an important part of public and scholarly conversations about nationalism, Arab modernity, and the worldview of an era.”—Mark LeVine, editor of One Land, Two States: Israel and Palestine as Parallel States
Read More >

Part I: The Clarion of Syria: The Context
Chapter 1: The War of 1860: Roots and Ramifications
Jens Hanssen and Hicham Safieddine

Chapter 4: Toward a Conceptual History
of Nafir Suriyya
Jens Hanssen 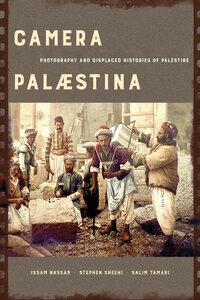 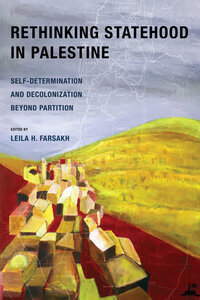 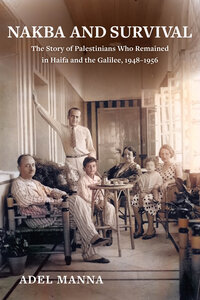