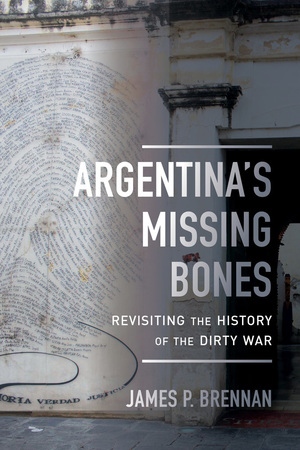 “James Brennan’s powerful book sheds new light on the horrors of Argentina’s infamous dictatorship. Grounded in research with recently released state documents, legal records, and interviews, Argentina’s Missing Bones reveals the goals and methods of military-led repression in sharper clarity than ever before. It profiles the campaigns of extermination aimed primarily at workers and students in Córdoba, a region of Argentina considered both a center of Catholic traditionalism and industrial modernity. With impressive skill, Brennan situates this history within local, national, and global frames of reference, thereby providing bold insights on questions such as why military agents reacted with such brutality to Córdoba’s activists and how wider Cold War ideas and practices shaped dictatorship on the ground in Argentina. For all the thoroughness of his research and engagement with big interpretive debates, Brennan’s book never lets us forget the human dimension of these trends and the individuals who died, suffered, and survived this era.”—Eduardo Elena, University of Miami
“Argentina's Missing Bones is a beautifully written, often heartbreaking account of the dirty war in Córdoba. Brennan is clearly a master of the scholarship relevant to each facet of this study. In so many ways, this is a wise, intelligent, balanced book.”—Stanley Brandes, author of Skulls to the Living, Bread to the Dead: The Day of the Dead in Mexico and Beyond 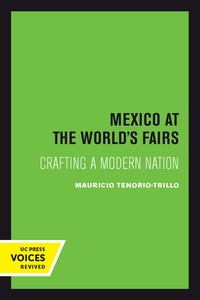 Mexico at the World's Fairs