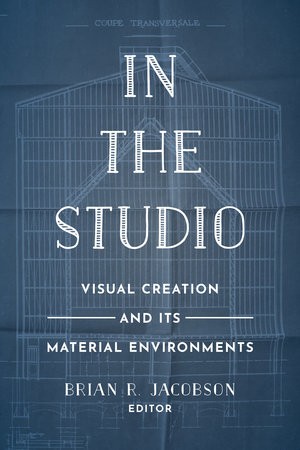 In the Studio Visual Creation and Its Material Environments

Brian R. Jacobson is Assistant Professor of Cinema Studies and History at the University of Toronto. He is the author of Studios Before the System: Architecture, Technology, and the Emergence of Cinematic Space.

"This volume marks out a space that has remained largely obscured, hiding in plain sight, within cinema and media studies. The contributions to this book engage the studio as a physical location and as a conduit for flows of workers, capital, and media technologies. They redirect and energize longstanding questions about media aesthetics and about the geopolitics of screen cultures."—Kaveh Askari, author of Making Movies into Art: Picture Craft from the Magic Lantern to Early Hollywood

"A major contribution to the recent scholarly interest in the production studio as a neglected subject of film and media studies. It will definitely interest scholars and students not only in film and media studies but also in architectural history, art history, business or industry history, and the history of technology."—Richard Abel, author of Menus for Movieland: Newspapers and the Emergence of American Film Culture, 1913-1916