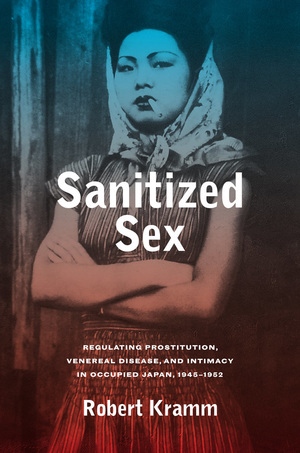 Sanitized Sex analyzes the development of new forms of regulation concerning prostitution, venereal disease, and intimacy during the American occupation of Japan after the Second World War, focusing on the period between 1945 and 1952. It contributes to the cultural and social history of the occupation of Japan by investigating the intersections of ordering principles like race, class, gender, and sexuality. It also reveals how sex and its regulation were not marginal but key issues in postwar empire-building, U.S.-Japanese relations, and American and Japanese self-imagery. The regulation of sexual encounters between occupiers and occupied was closely linked to the disintegration of the Japanese empire and the rise of U.S. hegemony in the Asia-Pacific region during the Cold War era. Shedding new light on the configuration of postwar Japan, the process of decolonization, the postcolonial formation of the Asia-Pacific region, and the particularities of postwar U.S. imperialism, Sanitized Sex offers a reading of the intimacies of empires—defeated and victorious.

Robert Kramm is Postdoctoral Fellow at the Society of Fellows in the Humanities, University of Hong Kong.

"[The book] moves between a multitude of spatial and discursive configurations and ties them together into a compact and compelling argument."—H-Soz-Kult

"Kramm skillfully interweaves a history of the occupation in Japan with a history of sexual reform. This book is a welcome addition to the growing body of works about what it has meant to live with the U.S. military empire, and it will be of interest to students and scholars of gender and sexuality studies, Japanese studies, and modern history of war alike."—The American Historical Review

"This book employs a rich variety of historic sources and materials to capture the complexity of the regulation of intimacy, prostitution, and venereal disease in the occupation period of Japan. . . . the book will be welcomed by a wide array of scholars interested in sexuality, gender, race, and prostitution in Japan and beyond."—Pacific Affairs

"Has much to offer to students and researchers interested in issues of gender, sexuality, and the modern forms of coercion in times of conflict and occupation that bind women into sexual servitude."—Monumenta Nipponica

"Questions concerning prostitution, the actions of American male soldiers, the Japanese imperial government’s policies, and the US post-surrender occupation policies continue to be salient in Japanese domestic politics. Robert Kramm has done a terrific job of analyzing the evolving (1945–1952) relationships between the US military male police and the local Japanese male police in controlling women in prostitution and American male soldiers’ relationships with those women."—Cynthia Enloe, author of Bananas, Beaches and Bases: Making Feminist Sense of International Politics


"This important study rethinks the contours of sex work in occupied Japan and places the occupation squarely within the history of imperial encounter. Robert Kramm offers a sensitive and intelligent reading of the central importance of sex in the governance of a nation coming to terms with a new dynamics of power in the face of wartime defeat. A must-read for anyone interested in the history of sexuality, war, or imperialism."—Philippa Levine, author of Prostitution, Race, and Politics: Policing Venereal Disease in the British Empire
Read More >