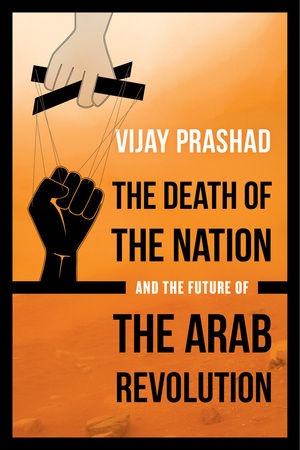 This fast-paced and timely book from Vijay Prashad is the best critical primer to the Middle East conflicts today, from Syria and Saudi Arabia to the chaos in Turkey. Mixing thrilling anecdotes from street-level reporting that give readers a sense of what is at stake with a bird's-eye view of the geopolitics of the region and the globe, Prashad guides us through the dramatic changes in players, politics, and economics in the Middle East over the last five years. “The Arab Spring was defeated neither in the byways of Tahrir Square nor in the souk of Aleppo,” he explains. “It was defeated roundly in the palaces of Riyadh and Ankara as well as in Washington, DC and Paris.”

The heart of this book explores the turmoil in Iraq, Syria, and Lebanon—countries where ISIS emerged and is thriving. It is here that the story of the region rests. What would a post-ISIS Middle East look like? Who will listen to the grievances of the people? Can there be another future for the region that is not the return of the security state or the continuation of monarchies? Placing developments in the Middle East in the broader context of revolutionary history, The Death of the Nation tackles these critical questions.

Vijay Prashad is an Indian historian, journalist, and commentator. He is the George and Martha Kellner Chair in South Asian History and Professor of International Studies at Trinity College. From 2013 to 2014, he was the Edward Said Chair at the American University of Beirut. He is the author of many books, including Karma of Brown Folk, Everybody Was Kung Fu Fighting, and The Darker Nations: A People’s History of the Third World. He writes regularly for Frontline, The Hindu, Alternet and BirGün and is a contributing editor for Himal Southasian.

"This is an important book. Although events on the ground change frequently and without apparent reason, The Death of the Nation and the Future of the Arab Revolution combines historical context, insightful analysis and a sense of reason to the ongoing turmoil and struggle in the globe’s perennial hotspot. Prashad’s narrative moves swiftly across the geopolitical terrain like a NATO missile heading towards its target. Unlike that missile, however, Prashad’s objective is understanding, not destruction."—CounterPunch

1. Obituary of the Arab Spring
2. The State of the Arab Revolutions
3. The Anatomy of the Islamic State
4. Destruction of Countries
5. Turkey and the Camp of the Counterrevolution