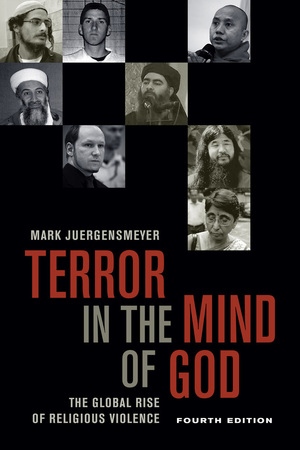 Terror in the Mind of God, Fourth Edition The Global Rise of Religious Violence

Why would anybody believe that God could sanction terrorism? Why has the rediscovery of religion’s power in recent years manifested in such a bloody way? What, if anything, can be done about it?

Terror in the Mind of God, now in its fourth edition, answers these questions and more. Thoroughly revised and expanded, the book analyzes in detail terrorism related to almost all the world’s major religious traditions: European Christians who oppose Muslim immigrants; American Christians who support abortion clinic bombings and militia actions; Muslims in the Middle East associated with the rise of ISIS, al Qaeda, and Hamas; Israeli Jews who support the persecution of Palestinians; India's Hindus linked to assaults on Muslims in the state of Gujarat and Sikhs identified with the assassination of Indira Gandhi; and Buddhist militants in Myanmar affiliated with anti-Muslim violence and in Japan with the nerve gas attack in Tokyo’s subway.

Drawing from extensive personal interviews, Mark Juergensmeyer takes readers into the mindset of those who perpetrate and support violence in the name of religion. Identifying patterns within these cultures of violence, he explains why and how religion and violence are linked and how acts of religious terrorism are undertaken not only for strategic reasons but to accomplish a symbolic purpose. Terror in the Mind of God continues to be an indispensible resource for students of religion and modern society.

It has been sixteen years since the Twin Towers collapsed, forever changing the physical and emotional landscape of those who call the United States their home, and those worldwide who stand in …

Burmese Buddhists and the Persecution of Rohingya Muslims

By Mark Juergensmeyer, author of Terror in the Mind of God: The Global Rise of Religious Violence, 4th Edition In the past two weeks, at least 313,000 Rohingya Muslims have fled to Bangladesh from …

"This dark, enthralling book not only documents the global rise of religious terrorism but seeks to understand the 'odd attraction of religion and violence.' Starred Review."—Publishers Weekly

"Juergensmeyer's work is a sensitive, comparative study of terrorist movements and the religious beliefs that motivate them."—Washington Post

"An unsettling book but also a courageous one. No one who truly cares about matters of faith can afford to ignore the dangers that lurk within religious extremism, and Juergensmeyer ultimately serves the highest aspirations of organized religion when he insists on shedding light on the darker corners of human belief and human conduct."—Los Angeles Times

"The fourth edition of Mark Juergensmeyer’s ground-breaking book testifies to the ongoing relevance of its subject matter and to the value of its author’s insights. . . .Terror in the Mind of God was a good book to begin with; it is a better, more current, book thanks to the additions made in this fourth edition."—Nova Religio

“Terror in the Mind of God is written in an engaging style and is clearly directed towards a popular audience. . . . [it] will no doubt continue to garner the attention of those interested in gaining a deeper knowledge of religious violence.”—Patterns of Prejudice

"Juergensmeyer should be commended for his judicious yet very insightful treatment of different religious groups. . . . a solid piece of scholarship; all would benefit from reading it."—Millennium: Journal of International Studies

"The book was published in 2000 and might never have circulated much beyond academic libraries, but was rushed into paperback with a new preface in the autumn of 2001. Yet not only was it carefully prepared when few were paying attention, the book stands out because the author presents traditional, well-informed terrorist studies in an unusual way. He interviews terrorists. . . . [the book] belongs in even the smallest collection on terrorism."—Journal of Conflict Studies

"By studying different 'cultures of violence' Mark Juergensmeyer has provided a plausible and imaginative interpretation of this phenomenon. He presents a lucid and compelling argument that does not belittle or demonize its subjects. This is an important contribution to our knowledge of the relationship between religion and violence."—Martha Crenshaw, editor of Terrorism in Context

"In this important book Juergensmeyer argues that the violence associated with religion is not an aberration but comes from the fundamental structures of the belief system of all major religions. Juergensmeyer has achieved what very few scholars can do with much success, providing an insightful analysis of the function of religion in national and international life while moving in broad sweeps from culture to culture and continent to continent."—Ainslie T. Embree, former cultural attaché, United States Embassy, New Delhi

"Half of the world's thirty most dangerous terrorist groups claim religion as their motivation. How can the word of God sanction acts of terror against human beings? How can violence become a sacred duty? These are the questions at the heart of Mark Juergensmeyer's calm, lucid, insightful and compassionate book. What sets it apart is Juergensmeyer's dedicated attempt to talk to former terrorists and work his way into their state of mind. His book shines light on the dark places from which terror springs."—Michael Ignatieff, author of The Warrior's Honour: Ethnic War and the Modern Conscience

1. Introduction: Terror and God
The Meaning of Religious Terrorism
Seeing Inside Cultures of Violence

PART ONE. CULTURES OF VIOLENCE

3. Zion Betrayed
Meir Ettinger, the Ghost of Meir Kahane
Yoel Lerner and the Assassination of Yitzhak Rabin
Baruch Goldstein’s Attack at the Tomb of the Patriarchs

5. The Spear of Shiva, the Sword of Sikhism
Maya Kodnani and the Gujarat Massacre
Simranjit Singh Mann and the Lure of Khalistan
Hindu and Sikh Justifi cations for Violence

6. Buddhist Faces of Terror
Ashin Wirathu and the Defense of Burmese Buddhism
Takeshi Nakamura and the Aum Shinrikyo Assault
Can Buddhist Violence Be Justified?

7. Theater of Terror
Performance Violence
Setting the Stage
A Time to Kill
Reaching the Audience

9. Martyrs and Demons
Sacrificial Victims
The Invention of Enemies
America as Enemy
Satanization and the Stages of Empowerment 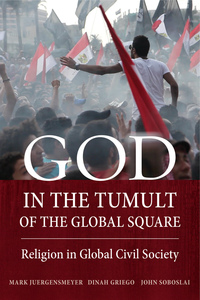 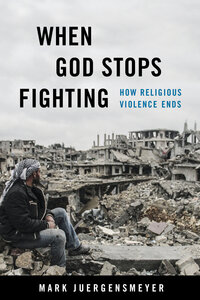 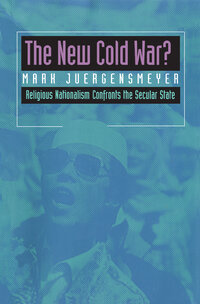