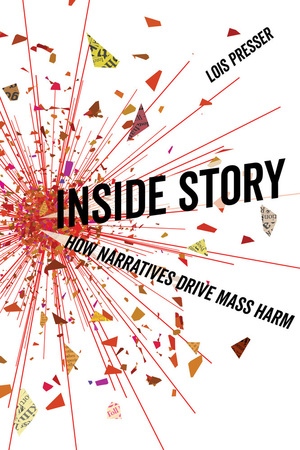 Stories have persuasive powers: they can influence how a person thinks and acts. Inside Story explores the capacity of stories to direct our thinking, heighten our emotions, and thereby motivate people to do harm to others and to tolerate harm done by others. From terrorist violence to “mere” complacency with institutionalized harm, the book weds case study to cross-disciplinary theory. It builds upon timely work in the field of narrative criminology and provides a thorough analysis of how stories can promote or inhibit harmful action. By offering a sociological analysis of the emotional yet intersubjective experience of dangerous stories, the book fleshes out the perplexing mechanics of cultural influence on crime and other forms of harm.

UCP has a strong program in Criminology and Criminal Justice, with several of our authors are participating in the American Society of Criminology’s 2021 Author Meets Critics sessions. Hear from our authors, …

While at American Society of Criminology conference in Atlanta from November 14 – 17, hear more from our authors by attending their author meets critic sessions. Save on all Criminology titles by using discount code 18E7309  at checkout. See …

Lois Presser is Professor of Sociology at the University of Tennessee. She is the author of Been a Heavy Life: Stories of Violent Men and Why We Harm and coeditor of Narrative Criminology: Understanding Stories of Crime with Sveinung Sandberg.

"Presser has been a true pioneer in this relatively new subfield of criminology. ... Inside Story not only constitutes an outstanding research effort but also offers resounding testimony to the value of interdisciplinarity in the study of narrative."—Diegesis

"Presser aptly demonstrates the importance of thinking about violence as slow and structural as opposed to swift and interpersonal. Moreover, she successfully persuades readers to think of harm in unconventional ways and implores us to challenge complicity, complacency, and the benevolence of theory."—Journal of Sociology and Social Welfare

"Lois Presser’s timely book highlights an overlooked aspect of criminological theory in investigating the role of narratives in the perpetration of 'mass harm.' . . . As the book breaks ground in narrative theory to criminology, it might provide theoretical inspiration to empirical work on the topic."—Social Forces

"Behind multiple forms of cruelty, there's a narrative justifying acting that way. Presser's account of how stories 'beguile and incite us' is compelling scholarship. How people are beguiled into participating in mass harm is an issue that lives depend on."— Arthur W. Frank, author of Letting Stories Breathe


"Presser displays her trademark capacity for expressing intellectually complex ideas in plain English. She brings a vast range of scholarship from the social sciences and humanities into dialogue and magically organizes an entire field of knowledge. Inside Story will become a first port of call for students and established scholars exploring just how culture is tied to violence."—Philip Smith, Professor, Yale Center for Cultural Sociology

"Presser is indubitably a leading voice in the development and expansion of narrative criminology. Presser addresses critical questions of how narratives operate not simply as abstractions but as emotionally laden facilitators of 'played out' political and social harms. Well written and extraordinarily timely in its focus on narratives and harm, it compels us to investigate different types of stories that too often call forth devastating effects."—Lynn S. Chancer, Professor and Executive Officer in Sociology, Graduate Center of the City University of New York

"In this fascinating book, Presser convincingly shows how specific narratives motivate mass harm. Her lessons are crucial as we search for other language and stories that might slow cycles of violence. The book is timely in an era in which populists deploy stories to mobilize followers and stir violence."—Joachim J. Savelsberg, author of Representing Mass Violence

"This book tackles the difficult question of why some stories take such a hold on us while others leave us in a cloud of indifference, and it examines the implications of this question for the current historical moment, which is marked by the rise of populism, terrorism, and fake news.  \With careful scholarship and a gift for storytelling, Presser demonstrates not only why but how narratives matter, and what is at stake if we fail to take them seriously."—Molly Andrews, Co-Director of the Centre for Narrative Research, University of East London