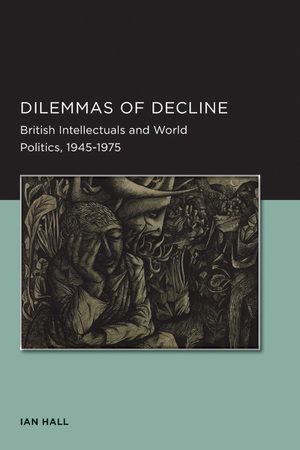 In just three decades, Great Britain’s place in world politics was transformed. In 1945, it was the world’s preeminent imperial power with global interests. By 1975, Britain languished in political stasis and economic recession, clinging to its alliance with the United States and membership in the European Community. Amid this turmoil, British intellectuals struggled to make sense of their country’s decline and the transformed world in which they found themselves. This book assesses their responses to this predicament and explores the different ways British thinkers came to understand the new international relations of the postwar period.

Ian Hall is a senior fellow in international relations at Australian National University.

“This ambitious book reevaluates the currents of British thought in international relations in the first three decades after the Second World War, a period during which the United Kingdom was adjusting to its diminished status in the international system, a consequence of its declining power and the loss of its overseas empire. Innovative, purposeful, and clearly argued, it makes a serious contribution to disciplinary history in international relations.” David Long, Carleton University