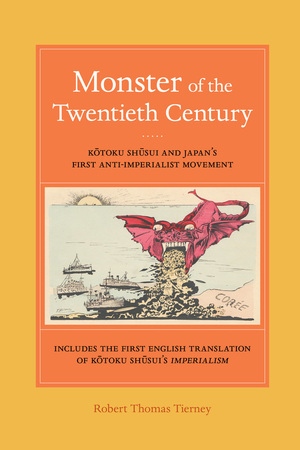 This extended monograph examines the work of the radical journalist Kotoku Shusui and Japan’s anti-imperialist movement of the early twentieth century. It includes the first English translation of Imperialism (Teikokushugi), Kotoku’s classic 1901 work.

Kotoku Shusui was a Japanese socialist, anarchist, and critic of Japan’s imperial expansionism who was executed in 1911 for his alleged participation in a plot to kill the emperor. His Imperialism was one of the first systematic criticisms of imperialism published anywhere in the world. In this seminal text, Kotoku condemned global imperialism as the commandeering of politics by national elites and denounced patriotism and militarism as the principal causes of imperialism.

In addition to translating Imperialism, Robert Tierney offers an in-depth study of Kotoku’s text and of the early anti-imperialist movement he led. Tierney places Kotoku’s book within the broader context of early twentieth-century debates on the nature and causes of imperialism. He also presents a detailed account of the different stages of the Japanese anti-imperialist movement. Monster of the Twentieth Century constitutes a major contribution to the intellectual history of modern Japan and to the comparative study of critiques of capitalism and colonialism.

Robert Thomas Tierney is Associate Professor at the University of Illinois, Urbana-Champaign.

"Robert Tierney's excellent new study and translation . . . . makes an important intervention by foregrounding Kotoku's theory of imperialism and illuminating the political legacies of early Japanese socialism in a global context. . . . required reading for scholars and activists interested in the history of anti-imperialist movements and the importance of socialism in modern East Asian history."—Journal of Japanese Studies

"This book will be a valuable resource not only to Japan specialists but to all students of modern Asian history. It provides objective documentation of the importance of the writing of Kotoku, who continues to be viewed more as an activist than as a thinker and writer. With this work, his position in the milieu of Meiji progressive political discourse, exemplified by such writers as Fukuzawa Yukichi and Nakae Chomin, becomes clear."—Monumenta Nipponica

"Tierney has done a great service for those interested in modern world history. . . . Highly recommended."—CHOICE

“Tierney presents a novel examination of Kotoku Shusui, focusing on his critique of imperialism rather than his evolution toward anarchism. Providing the first English translation of Kotoku’s seminal pamphlet, Tierney greatly deepens our understanding of oppositional attitudes in early twentieth-century Japan toward imperialism.”—Andrew Barshay, author of The Social Sciences in Modern Japan: The Marxian and Modernist Traditions and The Gods Left First: The Captivity and Repatriation of Japanese POWs in Northeast Asia, 1945–1956

“Tierney has given us not only a masterful translation and annotation of Kotoku’s original Japanese text, but a reminder that imperialism, patriotism, and militarism remain alive as transmogrified monsters in our own new millennium.”—Takashi Fujitani, Dr. David Chu Chair in Asia Pacific Studies, University of Toronto

KOTOKU SHUSUI AND ANTI-IMPERIALIST THOUGHT
In the Shadow of Revolution
What Is Imperialism?
What Causes Imperialism?

Epilogue: The Monster of the Twenty-First Century? 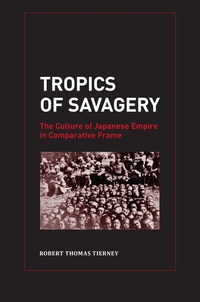