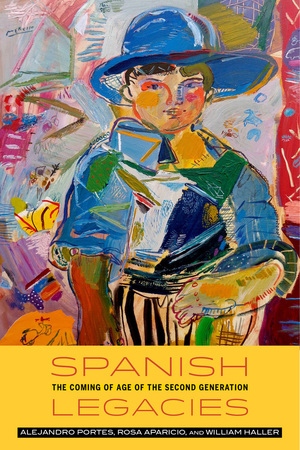 Spanish Legacies The Coming of Age of the Second Generation

Much like the United States, the countries of Western Europe have experienced massive immigration in the last three decades. Spain, in particular, has been transformed from an immigrant-exporting country to one receiving hundreds of thousands of new immigrants. Today, almost 13 percent of the country’s population is foreign-born. Spanish Legacies, written by internationally known experts on immigration, explores how the children of immigrants—the second generation—are coping with the challenges of adaptation to Spanish society, comparing their experiences with those of their peers in the United States.

Using a rich data set based on both survey and ethnographic material, Spanish Legacies describes the experiences of growing up by the large population of second-generation youths in Spain and the principal outcomes of the process—from national self-identification and experiences of discrimination to educational attainment and labor-market entry. The study is based on a sample of almost 7,000 second-generation students who were interviewed in Madrid and Barcelona in 2008 and then followed and re-interviewed four years later. A survey of immigrant parents, a replacement sample for lost respondents in the second survey, and a survey of native-parentage students complement this rich data set. Outcomes of the adaptation process in Spain are systematically presented in five chapters, introduced by real-life histories of selected respondents drawn by the study’s ethnographic module. Systematic comparisons with results from the United States show a number of surprising similarities in the adaptation of children of immigrants in both countries, as well as differences marked by contrasting experiences of discrimination, self-identities, and ambition.

Alejandro Portes is a best-selling UC Press author, Howard Harrison and Gabrielle S. Beck Professor of Sociology (emeritus) at Princeton University, and Research Professor at the University of Miami. He is a former president of the American Sociological Association and a member of the National Academy of Sciences. Rosa Aparicio is Senior Researcher at the Ortega y Gasset University Institute of Madrid and the current chair of the Spanish National Board for Immigrant Integration. William Haller is Associate Professor of Sociology at Clemson University; he has published widely on immigration and second-generation adaptation in the United States.

“Spanish Legacies offers a thorough analysis based on rich, original data on the characteristics, status, and yearnings of the second generation of immigrant children in Spain. This book is required reading for anyone interested in understanding the complexities of immigration in Spain and in Europe.”—Mauro F. Guillén, author of Global Turning Points

“A major contribution to our understanding of the significance of context in the social integration of immigrants’ children. The patterns of ‘segmented assimilation’ brilliantly exposed in Legacies are contrasted with the experience of the children of immigrants in Spain. The unique comparison of the challenges faced by the second-generation immigrants in the US and Spain makes this contribution a must-read for scholars and practitioners in the field.”—Lorenzo Cachón, author of Inmigración y Conflictos en Europa

“Spanish Legacies provides a fascinating window into the trajectories of the children of immigrants in Spain, now a major migrant-receiving society. Based on an ambitious and unique research project in Spain that replicated an earlier study in the United States, the book reveals striking parallels as well as differences in the two national contexts. It will be of great interest to anyone wanting to understand the fates of the second generation on both sides of the Atlantic.”—Nancy Foner, coauthor of Strangers No More: Immigration and the Challenges of Integration in North America and Western Europe


“Spanish Legacies is itself a legacy: a fascinating and faithful replication of the Children of Immigrants Longitudinal Study—but now in Spain, which in the span of a decade became a sudden nation of immigrants. The study this time followed thousands of immigrant-origin youth, not in Miami and San Diego but in Madrid and Barcelona, with results that are as enlightening as they are riveting. Another superb contribution to the international-migration literature.”—Rubén G. Rumbaut, coauthor of Legacies: The Story of the Immigrant Second Generation and Immigrant America: A Portrait
Read More > 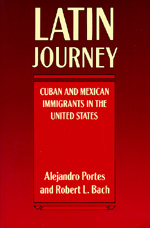 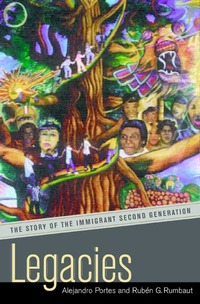