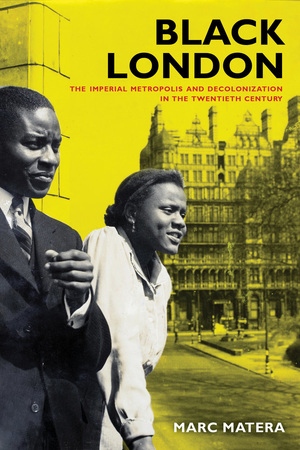 Black London The Imperial Metropolis and Decolonization in the Twentieth Century

This vibrant history of London in the twentieth century reveals the city as a key site in the development of black internationalism and anticolonialism. Marc Matera shows the significant contributions of people of African descent to London’s rich social and cultural history, masterfully weaving together the stories of many famous historical figures and presenting their quests for personal, professional, and political recognition against the backdrop of a declining British Empire. A groundbreaking work of intellectual history, Black London will appeal to scholars and students in a variety of areas, including postcolonial history, the history of the African diaspora, urban studies, cultural studies, British studies, world history, black studies, and feminist studies.

by Marc Matera This guest post is part of a series published in conjunction with the meeting of the American Historical Association in Atlanta. UC Press authors share insight into their research and stories that reflect …

Marc Matera is Assistant Professor of History at the University of California, Santa Cruz, and the coauthor of The Women's War of 1929: Gender and Violence in Colonial Nigeria.

"A tremendous contribution and very much to be welcomed."—Anthurium: A Caribbean Studies Journal

“[Matera] successfully argues that these clubs helped to foment in their patrons a transformation from a narrow black nationalism into an inherently more progressive black internationalism.”—The Times Literary Supplement

"[A] towering achievement. Black London is gratifying both for its careful attention to detail and its nuanced analysis of the political and social lives of the black intellectuals who lived in this mid-twentieth-century world... the resulting portrait is glorious."—H-Net

"Black London represents a useful and engaging resource for those interested in Black Atlantic history and politics that moves beyond the usual figures and organisations."—Urban Studies Journal

“Marc Matera offers us a vibrant and sophisticated history of the people of African descent, both famous and fugitive, who coursed through the heart of the British Empire in their quest for personal, professional, and political recognition in the twentieth century. Part social history, part collective biography, this genealogy of peripatetic black political formation reveals London as a bustling global portal for some of the most inspiring people who championed anticolonial modernity. Black London archives the often terrible, troubling contradictions at the heart of racialized and sexualized imperial encounters and asks us to rethink both the makers and the tempos of decolonization.”—Antoinette Burton, author of Empire in Question: Reading, Writing, and Teaching British Imperialism


“Marc Matera’s vibrant and kaleidoscopic excavation of black London traverses a stunning range of domains (from political activism to newspaper editing, from jazz performance to sexuality) to explore in admirable detail the complexities of what it meant to be black in the English metropole in the interwar period. If the book is a nuanced study of the emergence of black internationalism at the height of empire, it is also a marvel of rediscovery, bringing back to light a number of overlooked or understudied figures, including Una Marson, Amy Ashwood Garvey, Coleridge Goode, and Ras Prince Monolulu. Simply put, Black London is a must-read.”—Brent Hayes Edwards, author of The Practice of Diaspora: Literature, Translation, and the Rise of Black Internationalism

“This engaging and lively book, richly peopled and powerfully situated in time and space, brings the multiple worlds of black Londoners vividly to life. Black London charts a web of black intellectuals, performers, and ordinary citizens who saw London as the place in which they might remake themselves, along with transforming the core of imperial thought and policy. Marc Matera’s account of the diverse sights and sounds—along with politics and personal relationships—of the late imperial metropole explains much about the complex dynamics of race and urbanity not only in the twentieth century but in the twenty-first as well.”—Jordanna Bailkin, author of The Afterlife of Empire

“Marc Matera’s carefully historical and deeply researched study places figures and events familiar in pan-African history in a richly textured setting. Reaching far beyond political protests against imperialism and racism, Matera traces the lives of women and men moving from Soho music clubs to Speakers’ Corner, from film sets to university seminars, through interracial sexual liaisons and diverse alliances with British activists. He reveals how, despite much disagreement and difference, black London gathered people and influences from Africa and its diaspora and generated both powerful alternate views of the future and cultural forms which later found new homes around the Atlantic world. Many stories within black Atlantic history will be enriched by this book.”—Philip S. Zachernuk, author of Colonial Subjects: An African Intelligentsia and Atlantic Ideas

“Marc Matera offers a fine, comprehensive reconstruction of black London, demonstrating conclusively the degree to which the imperial metropole worked to generate the counterforces of a vibrant black internationalism. He tells a powerful story that provides an essential dimension to our understanding of decolonization.”—Bill Schwarz, author of Memories of Empire, Volume I: The White Man’s World

“In this deeply researched, compelling story about the daily lives, desires, and political activism of African and Caribbean intellectuals in interwar London, Marc Matera offers a fine-grained analysis of the institutional spaces and polyvalent cultural practices that both gave rise to a unique African diasporic formation and fostered a set of black internationalist sensibilities that would resonate throughout the twentieth century. With careful attention to organizational networks, social relationships, and the intimacies that made up black life in the imperial metropolis, Matera places black feminists and less well-known figures alongside a more familiar cast of black male actors to show how their efforts at elaborating an alternative political imaginary involved pursuing a world whose horizon lay beyond the British Empire.”—Minkah Makalani, author of In the Cause of Freedom: Radical Black Internationalism from Harlem to London, 1917-1939

"Black London is gratifying both for its careful attention to detail and its nuanced analysis of the political and social lives of the black intellectuals who lived in this mid-twentieth-century world. The view of the black society Matera provides is as important for revealing the differences and contradictions among its participants as it is for outlining their similarities and the unity they forged. Placing these men and women in the context of their everyday lives puts all the messy contradictions and complexities of reality on full display. And the resulting portrait is glorious."—H-Empire

Introduction: The Imperial and Atlantic Horizons of Black London
1. Afro-metropolis: Black Political and Cultural Associations in Interwar London
2. Black Internationalism and Empire in the 1930s
3. Black Feminist Internationalists
4. Sounds of Black London
5. Black Masculinity and Interracial Sex at the Heart of the Empire
6. Black Intellectuals and the Development of Colonial Studies in Britain
7. Pan-Africa in London, Empire Films, and the Imperial Imagination
Epilogue 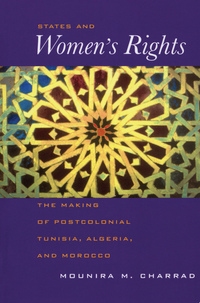 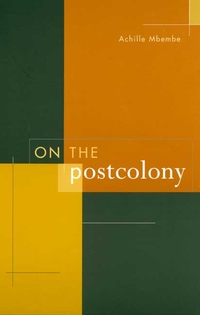 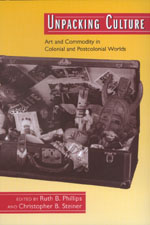