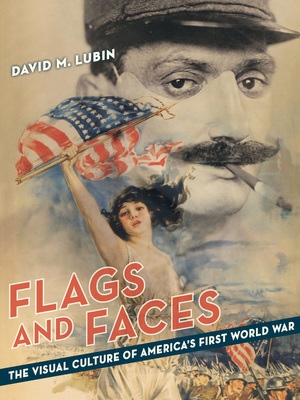 Within a month of declaring war on Germany in April 1917, the US government set in motion a two-pronged effort to control the nation's production and consumption of war-related visual materials. On one side of the equation was George Creel, a liberal Kansas newspaper editor and former investigative journalist with dashing good looks and abundant Midwestern charm. President Wilson named him head of the new Committee on Public Information-America's official propaganda agency. His organization, widely known as the Creel Committee, commissioned thousands of paintings, posters, sculptures, cartoons, and illustrated lectures to engage Americans in the war effort. Creel titled his account of the wartime enterprise How We Advertised America (1920) and, indeed, he and the many artists he enlisted viewed their endeavor as an exercise in collective salesmanship.1

Creel's counterpart on the darker side of information management was Postmaster General Albert S. Burleson, a reactionary from Texas whose father had served as an officer in the Confederacy. In his appointed role as guardian of the mails, Burleson diligently obstructed the flow of radical periodicals and pamphlets through the postal system. He used a variety of judicially approved law enforcement procedures, including secret surveillance, police raids, and prolonged pre-trial incarceration, to intimidate and harass left-wing editors and artists so they would not circulate antiwar imagery.2

Many prominent Americans, including the millionaire automobile manufacturer Henry Ford, the statesman William Jennings Bryan, the author-lecturer Helen Keller, and the newspaper magnate William Randolph Hearst, had opposed military involvement in the Great War. Editorial cartoons in Hearst papers mocked the so-called warmongers and profiteers. Hearst's employee Winsor McCay, then the highest-paid editorial cartoonist in America, had to work on his own time on his anti-German diatribe, a pioneering animated film called The Sinking of the "Lusitania" (1918), because his boss vehemently opposed intervention. In December 1915, Ford, one of the wealthiest men in America, went so far as to charter an ocean liner to take him and a group of fellow pacifists to Europe in a well-publicized effort to promote peace and empty out the trenches by Christmas. The press mocked the expedition as "the ship of fools," infighting broke out among the participants, and Ford, suffering from influenza and admitting the naïveté of the mission, threw up his hands and booked passage home four days after landing in Oslo.3

Despite such efforts from rich, famous, and influential opponents to American intervention in the Great War, American visual culture, both popular and elite, was dominated by pro-intervention imagery. As early as September 25, 1914, New York artists formed the American Artists' Committee of One Hundred, which organized an exhibition and sale of paintings and sculpture to provide a relief fund for the families of French soldier-artists; by May 1917, the organization had 170 members in thirty cities across the nation. In 1916, the best known of these artists, an impressionist named Childe Hassam, embarked on a series of patriotic paintings that over the course of three years would result in some thirty canvases depicting New York City adorned with high-flying American flags.4 This chapter examines one such painting in particular.

Along the way, we will contrast it with a now-iconic photograph from 1915 by Hassam's younger contemporary Paul Strand that seems in every way the painting's opposite. Beyond obvious differences in visual medium and aesthetic outlook (the painting is impressionist in a derivative, almost academic manner, the photograph modernist), they also differ in their attitude toward the European war. Hassam's painting embraces and seeks to justify American involvement in the war, whereas Strand's photo, though much less overt than the painting in its political tenor, represents the left's critical opposition to the war.

Until the spring of 1917, when unfolding events changed their minds, most Americans opposed entering the European conflict, but the visual record of the era contains surprisingly little evidence of this opposition. Most of it came from farmers, industrial workers, and ethnic-immigrant groups, especially German Americans and Irish Americans, who former president Theodore Roosevelt disparagingly called "hyphenated Americans." For the most part, these sizable and significant subsets of the larger population did not avail themselves of visual means of communication to represent their anti-intervention point of view. In those days, the main conduits for visual imagery in America-theatre, publishing, advertising, the fine arts, and the movies-were dominated by individuals or families who were proud of their Anglo-Saxon heritage (or, if lacking it, as was often the case in the film industry, made all the more effort to mimic and flaunt it). This discrepancy in control of the media explains why interventionist art was far more plentifully produced and disseminated than the anti-interventionist variety.

The radical socialist magazine the Masses, edited by Max Eastman and Floyd Dell, was one of the only consistent sources of antiwar, antimilitary visual imagery. The urban-scene painter and illustrator John Sloan served as the periodical's art editor from 1913 to 1916, until he had a falling out with Eastman, who insisted that the editorial cartoons be more didactic and text-driven than Sloan preferred. Sloan wanted the images to tell their own story without heavy-handed captions, and when he resigned in protest, he was joined by several, though not all, of the magazine's best-known political illustrators. Still, both before and after Sloan's departure, the magazine frequently featured acerbic antiwar images. For example, Robert Minor's satirical cartoon "At Last a Perfect Soldier!," published in 1916, shows a medical examiner rubbing his hands in gleeful admiration of a gigantic, headless, bare-chested recruit, literally all brawn and no brain (Fig. 1).5

When Congress declared war and made antiwar speech (and art) illegal under the Espionage Act of 1917, the Masses ran afoul of censors. Postmaster General Burleson sought to shut down the magazine. His office withheld second-class mailing privileges, which made the cost of circulation by subscription prohibitive. News dealers, concerned to stay on the right side of the law, refused to sell the magazine. In November 1917, the government indicted the editors and owners of the periodical on the grounds that it had obstructed enlistment. One of the offending images was by George Bellows, a frequent contributor of satirical drawings to the Masses and other left-wing periodicals (Fig. 2). The cartoon shows Jesus in prison. Manacled, clad in stripes, bound by ball and chain, the Prince of Peace has been incarcerated for preaching the seditious words "Thou shalt not kill" during wartime.6

Even more inflammatory was Henry Glintenkamp's drawing of a skeleton measuring a naked young recruit for his coffin. This was indeed a direct assault on enlistment, and Glintenkamp was named in the indictment. He fled to Mexico to avoid trial. The following year, a split jury acquitted Eastman and his co-defendants, but by then the Masses had gone out of business, unable to withstand the combined costs of legal fees and first-class mailing rates.

Flags and Faces, based on David Lubin’s 2008 Franklin D. Murphy Lectures at the University of Kansas, shows how American artists, photographers, and graphic designers helped shape public perceptions about World War I. In the book’s first section, “Art for War’s Sake,” Lubin considers how flag-based patriotic imagery prompted Americans to intervene in Europe in 1917. Trading on current anxieties about class, gender, and nationhood, American visual culture made war with Germany seem inevitable. The second section, “Fixing Faces,” contemplates the corrosive effects of the war on soldiers who literally lost their faces on the battlefield, and on their families back home. Unable to endure distasteful reminders of war’s brutality, postwar Americans grew obsessed with physical beauty, as seen in the simultaneous rise of cosmetic surgery, the makeup industry, beauty pageants, and the cult of screen goddesses such as Greta Garbo, who was worshipped for the masklike perfection of her face. Engaging, provocative, and filled with arresting and at times disturbing illustrations, Flags and Faces offers striking new insights into American art and visual culture from 1915 to 1930.

Flags and Faces: David Lubin on the Art of the First World War

"An interesting and brief introduction to America's visual culture in the context of World War I."—Susana Rocha Teixeira H-Net (H-Soz-u-Kult)

"Basing its arguments on considerable research, Flags and Faces asks us to reconsider American visual culture at a critical modernist moment, in light of the Great War. This is vintage Lubin: freewheeling, incredibly smart, and hugely inventive."—E. Bruce Robertson, Professor, Historyof Art and Architecture, University of California, Santa Barbara

“David Lubin’s characteristically forceful and lucid approach to the interpretation of American visual culture during times of stress is on full display in Flags and Faces. The book’s correlation of male faces damaged by war with the 1920s cult of the ideal female face (on film and elsewhere) is particularly ingenious and convincing.”—Hollis Clayson, Bergen Evans Professor in the Humanities, Northwestern University 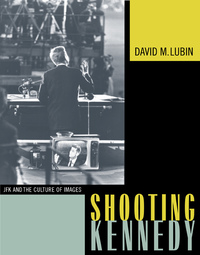