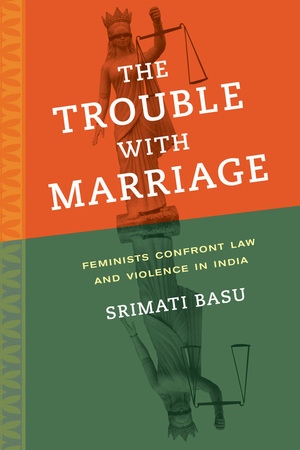 The Trouble with Marriage Feminists Confront Law and Violence in India

The Trouble with Marriage is part of a new global feminist jurisprudence around marriage and violence that looks to law as strategy rather than solution. In this ethnography of lawyer-free family courts and mediations of rape and domestic violence charges in India, Srimati Basu depicts everyday life in legal sites of marital trouble, reevaluating feminist theories of law, marriage, violence, property, and the state. Basu argues that alternative dispute resolution, originally designed to empower women in a less adversarial legal environment, has created new subjectivities, but, paradoxically, has also reinforced oppressive socioeconomic norms that leave women no better off, individually or collectively.

Every year, the United Nations dedicates May 15th, the International Day of Families, to bringing attention to the rights of families across the world and society as a whole, with a particular focus on …

Srimati Basu is Associate Professor of Gender and Women’s Studies and Anthropology at the University of Kentucky. She is the author of She Comes to Take Her Rights: Indian Women, Property, and Propriety, the editor of Dowry and Inheritance (Issues in Contemporary Indian Feminism series), and the coeditor of Conjugality Unbound: Sexual Economy and the Marital Form in India.

“A riveting feminist ethnography of the new legal frontiers of marriage in India, The Trouble with Marriage is multifaceted in its engagement with both formal state law and sites of alternative dispute resolution. Written in a lucid and engaging style, it draws effortlessly on studies in law and society, legal pluralism, feminist legal theory, and postcolonial theory, demonstrating the riches of interdisciplinary research at its best.”—Prabha Kotiswaran, author of Dangerous Sex, Invisible Labor: Sex Work and the Law in India

“Srimati Basu combines an enlivening, often humorous narrative voice with ideas of striking complexity, both theoretical and ethnographic. Readers grasp how marriage law, alternative dispute resolution, and quasi-legal processes of special interest can serve as sites of persistent hegemony and marginalization and, simultaneously, of resistance and opportunity for litigants. The author’s deep engagement with both academic and activist discourses enables her to reveal connections—such as between marriage and rape—with a persuasive force unparalleled in the literature.”—Sarah Hautzinger, author of Violence in the City of Women: Police and Batterers in Bahia, Brazil

"The Trouble with Marriage is a brilliant, wise, and provocative intervention. Drawing upon ethnographic fieldwork in Kolkata, Srimati Basu provides a consistently thoughtful meditation on the potential and limits of feminist legal reforms. This empirically rich, theoretically sophisticated, and beautifully written book deserves to be read very widely."—Mrinalini Sinha, author of Specters of Mother India: The Global Restructuring of an Empire


"This engaging and exciting book examines the way the law in an Indian city manages marriage, kinship, and divorce, joining ethnographic richness with an impressive sophistication in the analysis of gender and law. Its shows that despite impressive progress in improving women’s rights in marriage and divorce in India, their economic and social inequality persists and even undermines the effectiveness of these reforms."—Sally Engle Merry, New York University
Read More >

1. Introduction: Law, Marriage, and Feminist Reform
2. Construction Zones: Marriage Law in Formation
3. Beyond Equivalence: On Reading and Speaking Law
4. Justice without Lawyers? Living the Family Court Experiment
5. In Sanity and in Wealth: Diagnosing Conjugality and Kinship
6. Sexual Property: Rape and Marriage Conjoined
7. Strategizing Spaces: Negotiating the Violence out of Domestic Violence Claims
8. The Trouble Is Marriage: Conclusions and Worries 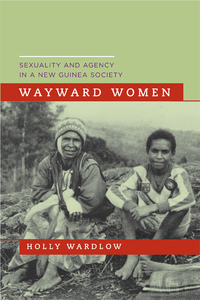