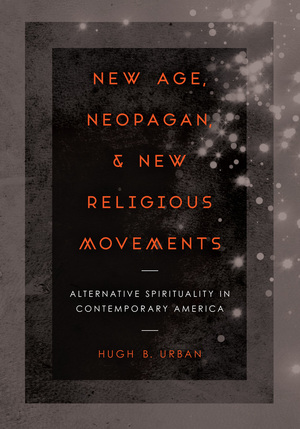 New Age, Neopagan, and New Religious Movements is the most extensive study to date of modern American alternative spiritual currents. Hugh B. Urban covers a range of emerging religions from the mid-nineteenth century to the present, including the Nation of Islam, Mormonism, Scientology, ISKCON, Wicca, the Church of Satan, Peoples Temple, and the Branch Davidians. This essential text engages students by addressing major theoretical and methodological issues in the study of new religions and is organized to guide students in their learning. Each chapter focuses on one important issue involving a particular faith group, providing readers with examples that illustrate larger issues in the study of religion and American culture.

Urban addresses such questions as, Why has there been such a tremendous proliferation of new spiritual forms in the past 150 years, even as our society has become increasingly rational, scientific, technological, and secular? Why has the United States become the heartland for the explosion of new religious movements? How do we deal with complex legal debates, such as the use of peyote by the Native American Church or the practice of plural marriage by some Mormon communities? And how do we navigate issues of religious freedom and privacy in an age of religious violence, terrorism, and government surveillance?

Hugh B. Urban is Professor of Religion at Ohio State University and the author of The Church of Scientology: A History of a New Religion; “Magia Sexualis”: Sex, Magic, and Liberation in Modern Western Esotericism; Tantra: Sex, Secrecy, Politics, and Power in the Study of Religion; and The Economics of Ecstasy: Tantra, Secrecy and Power in Colonial Bengal.

"Urban points to the need for respect as well as critical thinking in approaching these new religious movements, and he prods readers to be thoughtful in discussing and debating these issues... There is no better textbook available on this topic. Summing Up: Highly recommended."—CHOICE

"This is one of the most well-organized and comprehensive textbooks available on new religious movements. Urban highlights key movements and uses them as windows into larger subcategories of new religion. It is an outstanding text for courses on alternative religious movements in America."—Joe L. Coker, Department of Religion, Baylor University

1. Introduction: The Rise of New Religions in Modern America
2. The Native American Church: Ancient Tradition in a Modern Legal Context
3. Mormonism and Plural Marriage: The LDS and the FLDS
4. Spiritualism: Women, Mediums, and Messages from Other Worlds
5. The Nation of Islam and the Five Percenters: Race, Religion, and Hip-Hop
6. Rastafari: Messianism, Music, and Ganja
7. The Church of Scientology: New Religions and Tax Exemption
8. Wicca and Neopaganism: Magic, Feminism, and Environmentalism
9. The Church of Satan and the Temple of Set: Religious Parody and Satanic Panic
10. ISKCON (Hare Krishna): Eastern Religions in America and the “Brainwashing” Debate
11. Channeling and the New Age: Alternative Spirituality in Popular Culture and Media
12. Peoples Temple: Mass Murder-Suicide, the Media, and the “Cult” Label
13. The Branch Davidians: Millenarian Movements, Religious Freedom, and Privacy
14. The Raëlians: UFOs and Human Cloning

Appendix: Method and Theory in the Study of New Religions
Index 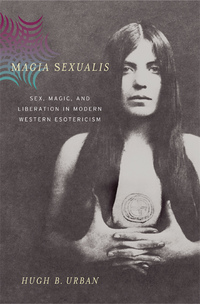 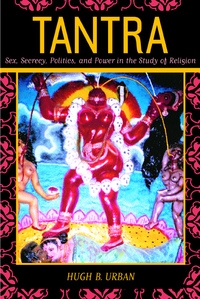