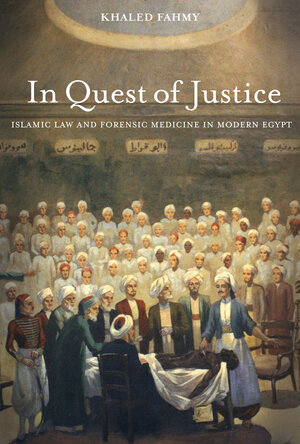 In Quest of Justice provides the first full account of the establishment and workings of a new kind of state in Egypt in the modern period. Drawing on groundbreaking research in the Egyptian archives, this highly original book shows how the state affected those subject to it and their response. Illustrating how shari’a was actually implemented, how criminal justice functioned, and how scientific-medical knowledges and practices were introduced, Khaled Fahmy offers exciting new interpretations that are neither colonial nor nationalist. Moreover he shows how lower-class Egyptians did not see modern practices that fused medical and legal purposes in new ways as contrary to Islam. This is a major contribution to our understanding of Islam and modernity.

Khaled Fahmy is Sultan Qaboos bin Sa’id Professor of Modern Arabic Studies at the University of Cambridge. He is the author of All the Pasha’s Men: Mehmed Ali, His Army and the Making of Modern Egypt.

"Fahmy’s archive-centered iconoclasm of traditional binaries and ideas of ahistorical essences targets the grand narratives about modernity in the Middle East—Islamism, Orientalism and nationalism—at the same time as bringing a focus on gritty neglected aspects of modernization in academia."—Bustan: The Middle East Book Review

"Ambitious in its scope and elegant in its organization, Khaled Fahmy’s In Quest of Justice is a significant intervention in the fields of legal and medical history in modern Egypt and the Middle East. By interweaving law and forensic medicine, Fahmy takes on several prominent debates in Middle East studies."—Arab Studies Journal

"In Quest of Justice makes a significant contribution to this scholarly momentum by offering a historical reconstruction and analysis of the connection between medicine and law in nineteenth-century Egypt."—Bulletin of the History of Medicine

"Provides a fascinating account of the rise of a state apparatus in Egypt during the nineteenth century. . . . The book represents a level of reflection and an unrivaled knowledge of the archive that can only spring from a distinguished career and years of research. This veritable chef d’oeuvre will serve as a key text for many students and scholars of Egyptian and Middle Eastern history."—American Historical Review

"In Quest of Justice makes a significant contribution to . . . scholarly momentum by offering a historical reconstruction and analysis of the connection between medicine and law in nineteenth-century Egypt."—Bulletin of the History of Medicine

"The book is written in an elegant style that reads as smoothly as good fiction. . . . Fahmy’s interest in legal medicine in nineteenth-century Egypt has led him to make a groundbreaking contribution to Islamic legal studies as well as produce a novel history of the emergence of the modern Egyptian state . . .  Above all, In Quest of Justice is a book written with passion and animated by a deep, moving love for Egypt and for its people."

—Journal of the American Oriental Society

"Through extensive research in Egyptian archives, engaging and creative scholarship, and deep engagement with the history of colonial law and medicine, Khaled Fahmy has produced a masterpiece that confirms his standing as the preeminent social and cultural historian of nineteenth century Egypt."—Eugene Rogan, author of The Arabs: A History
“Highly original, empirically rich and intellectually sophisticated, In Quest of Justice challenges conventional views by offering compelling new perspectives on law, science, state formation, and urban life in nineteenth-century Egypt. It is certain to have a major impact on a range of fields.”—Zachary Lockman, New York University, author of Contending Visions of the Middle East: The History and Politics of Orientalism

"This is a magnificent book that informs readers in all aspects of Arab (not just Egyptian) social and medical history which will be used as primary reading for courses on Middle Eastern history as well as on those of a more global nature concerning comparative studies of gender, public medicine, the political control over bodies, and, more generally, history from below."—Edward Roger Owen, author of State, Power, and Politics in the Making of the Modern Middle East

"Fahmy rewrites the narrative of legal and institutional development by bringing in the Egyptian state with its new capacities and its elite as actors with clear interests and strategies of their own, as well as the broader Egyptian population whose protests and accommodations shaped this history.  This book will make a very major impact in a variety of fields, including those of the history of Islamic law and legal institutions, public health, and urban planning in Egypt."—Judith Tucker, author of Woman, Family, and Gender in Islamic Law
"A deft and original historian, Khaled Fahmy mobilizes the richly populated medical and legal records of a hybrid system of mid-nineteenth century tribunals to rethink the foundations of a distinctive Egyptian modernity."—Brinkley Messick, Columbia University, author of Shari'a Scripts: A Historical Anthropology

"Khaled Fahmy's In Quest of Justice is an excellent study on nineteenth-century Egyptian modernization in the Ottoman social and cultural context.The author uses the human body as a metaphor to explain modernization politics and elegantly arranges the book around the five senses: sight, sound, smell, taste and touch. We read about practices such as dissection, sewers, vaccination, torture, quarantine, market control and procedural justice. In addition, Fahmy elaborates on the lives of the non-elite population in a fascinating way, based on archival documents."—Rudolph Peters, author of Crime and Punishment in Islamic Law: Theory and Practice from the Sixteenth to the Twenty-First Century

Introduction
1 • Medicine, Enlightenment, and Islam
2 • Siyasa, the Forgotten Code
3 • An Olfactory Tale of One City: Cairo in Khedival Times
4 • Law in the Market: H. isba and Forensic Chemistry
5 • Justice without Pain
Conclusion 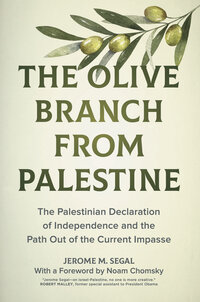