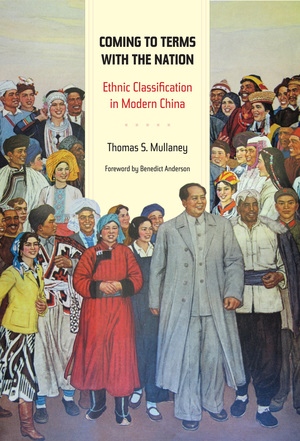 Coming to Terms with the Nation Ethnic Classification in Modern China

China is a vast nation comprised of hundreds of distinct ethnic communities, each with its own language, history, and culture. Today the government of China recognizes just 56 ethnic nationalities, or minzu, as groups entitled to representation. This controversial new book recounts the history of the most sweeping attempt to sort and categorize the nation's enormous population: the 1954 Ethnic Classification project (minzu shibie). Thomas S. Mullaney draws on recently declassified material and extensive oral histories to describe how the communist government, in power less than a decade, launched this process in ethnically diverse Yunnan. Mullaney shows how the government drew on Republican-era scholarship for conceptual and methodological inspiration as it developed a strategy for identifying minzu and how non-Party-member Chinese ethnologists produced a “scientific” survey that would become the basis for a policy on nationalities.

“This rich, nuanced and erudite book is a great accomplishment, and will undoubtedly stand out among the growing literature on Chinese ethnic policies.”—Elena Barabantseva University of Manchester The China Journal

“A very important contribution to our understanding of the birth of the modern Chinese nation.”—Jeff Kyong-McClain Journal Of World History

“Coming to Terms with the Nation is an exemplary piece of scholarship for tackling broad historiographical questions with a manageable and concrete set of new data. . . . After this book, we can no longer avoid thinking closely about the relevance of non-Western epistemic formations for issues that have long preoccupied historians and other scholars of science.”—Howard Chiang, Princeton University British Jrnl For The History Of Science

“Brief but elegantly argued. . . . Mullaney makes brilliant sense of mountains of data, and sheds light on the origins of an ethnic categorization system that no one had previously understood.”—Ruth Rogaski, Vanderbilt University Hist Stds In The Natural Sciences

"Mullaney's excellent book teaches us a great deal about the genesis of multiethnic China..."—Sara A. Newland Pacific Affairs

“This book will remain an indispensable tool.”—Vanessa Frangville China Perspectives

"Through an examination of ethno-taxonomic discourse and practice, this book gives us a thorough understanding of how the People’s Republic of China came to have 56 nationalities. The author’s scholarly stance is thought-provoking."—Journal of Multilingual and Multicultural Development

"We all know that China has 56 official ethnic groups, but until now none of us knew precisely why. Thomas Mullaney has now given us a big part of the answer, with his pioneering investigation into the process of Ethnic Identification in Yunnan. Like all good history, Mullaney's story also illustrates a larger point, in this case the way modern states classify things and why it makes a difference."—Stevan Harrell, author of Ways of Being Ethnic in Southwest China

"Ethnic identity is a key sociopolitical concept for the 21st century. Mullaney's marvelous history not only provides a deep account of Chinese ethnicity, it also deploys strikingly original tools to think with. It is both a delight to read and a body of work for many disciplines to ponder."—Geoffrey C. Bowker, co-author of Sorting Things Out: Classification and its Consequences

"The details of the far-reaching Ethnic Classification Project of 1954 have so far remained shrouded in mystery, but thanks to declassified archives, hitherto undiscovered documents and interviews with surviving members of the Yunnan expedition, Mullaney's splendid account throws light not only on one of the most sweeping registration documents in the history of the modern state, but also on how the Qing empire became the nation we know today as 'China.'"—Frank Dikotter, University of Hong Kong

"This is the most brilliant study yet of how nationality, or 'ethnicity,' is created in a specific, and highly contingent, series of historical events. The details provide an intrinsically fascinating account of Chinese bureaucratic planning for the nation, with its unexpected recourse to British imperial planning. They also remind us that every case of this sort of thing is likely to be different from every other one."—Ian Hacking, author of Making Up People

"A fascinating tale about the politics of the census and the making of modern China. This book is critical reading for anyone interested in ethnicity, identity, and the role of social scientists in policy formation."—Francine Hirsch, author or Empire of Nations: Ethnographic Knowledge and the Making of the Soviet Union

1. Identity Crisis in Postimperial China
2. Ethnicity as Language
3. Plausible Communities
4. The Consent of the Categorized
5. Counting to Fifty-Six

Conclusion: A History of the Future 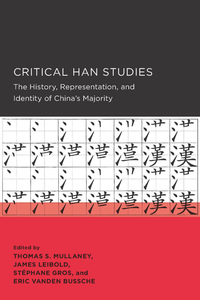