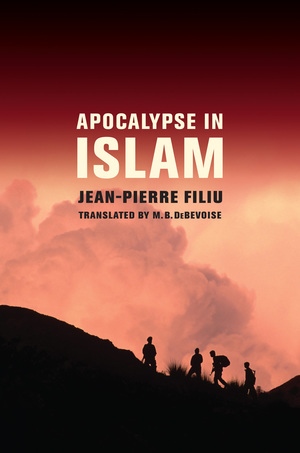 This is an eye-opening exploration of a troubling phenomenon: the fast-growing belief in Muslim countries that the end of the world is at hand—and with it the “Great Battle,” prophesied by both Sunni and Shi`i tradition, which many believers expect will begin in the Afghan-Pakistani borderlands. Jean-Pierre Filiu uncovers the role of apocalypse in Islam over the centuries, and highlights its extraordinary resurgence in recent decades. Identifying 1979 as a decisive year in the rise of contemporary millenarian speculation, he stresses the ease with which subsequent events in the Middle East have been incorporated into the intellectual universe of apocalyptic propagandists. Filiu also shows how Christian and Jewish visions of the Final Judgment have stimulated alarmist reaction in Islamic lands, both in the past and today, and examines the widespread fear of Christian Zionist domination as an impetus to jihad. Though the overwhelming majority of Muslims remains unpersuaded, the mounting conviction in the imminence of apocalypse is a serious matter, especially for those who are preparing for it.

Jean-Pierre Filiu is Associate Professor at the Institute for Political Studies (Sciences Po) in Paris. Formerly a Visiting Professor at Georgetown University, he has extensive experience working with NGOs and as a diplomat in the Middle East. His writings about the Muslim world have been translated into a dozen languages.

“A timely and highly recommended work.”—Booklist

“Apocalypse in Islam makes a crucially important contribution to our understanding of current events – it illuminates not just one but a cluster of closely-related blind-spots in our current thinking, and it does so with scholarship and verve.”—Charles Cameron Jihadology

“Carefully outlines what the apocalyptic literature is saying, and places it in a broad historical and theological context. It presents sober and balanced assessments, and is a truly useful resource.”—Peter Kirkwood The Australian

“This is an outstanding study of Islamic ideas about the end of the world. . . . An important work for students not just of Islam but also of religion, politics, and popular culture in general.”—Choice

“The University of California Press is to be praised for adding to the book color plates of 22 lurid covers of these recent novels. These alone are worth the price of admission.”—Shalom Goldman Haaretz

“’With the approach of the end of the world, all manner of cleverness in rewriting the past is permitted.’ Filiu warns. How then to reason with either side when rationality is seen as the work of the devil? This is probably what makes Filiu’s fascinating survey of Islamic eschatology through the ages a must read.”—Australian Financial Review Magazine

“A fascinating and accessible text. . . . You’ll be much better informed after reading Apocalypse in Islam.”—Angela Mende Law Society Journal

“As well as a fascinating and accessible text, the book contains 60 pages of detailed annotations, a contemporary Muslim Apocalyptic bibliography and centre plates comprising the lurid covers of 22 such books, which give the reader vivid insight into the genre.”—Angela Mende Law Society Journal

"This brilliantly argued book turns conventional wisdom on its head. The source of Muslim anti-Semitism is more Western hate literature than Islamic scriptural or theological precedents. In stunning detail, etched in lapidary prose, Filiu gauges the scale and scope of resort to Islamic apocalypse, revealing it as a form of anti-globalism, disguised as anti-Semitism, which Muslims, no less than non-Muslims, ignore at their own peril. Apocalypse in Islam is a challenge to all who want to advance a new alliance of civilizations rather than an endless combat of fundamentalisms."—Bruce Lawrence, editor of Messages to the World: The Statements of Osama bin Laden

"An absolutely fascinating book by an author whose expertise joins the fields of scholarship, diplomacy and culture. Filiu's combination of classical textual analysis with that of contemporary social movements and Arabic-language apocalyptic literature shows both the complexity of Islamist apocalyptic movements and the striking similarities they bear to Christian apocalyptic movements. Certain to be the standard text on this crucial but still poorly understood subject for years to come."—Mark LeVine, author of Heavy Metal Islam

"In this deeply researched and very well translated account of apocalyptic movements in Islam, Filiu, a leading scholar of the Islamic world, delivers a major contribution to scholarship that is both erudite and accessible."—Peter Bergen, author of Holy War, Inc.

Preface to the English-Language Edition
Acknowledgments
Prologue: The End of the World Draws Nigh

Part One: True and False Messiahs of Islam

1. Archeology of the End of the World
2. Grand Masters of the Medieval Apocalypse
3. Avatars of the Mahdi

4. Dawn of the Fifteenth Century of Islam
5. Pioneers of the Contemporary Apocalypse
6. The Horsemen of Apocalyptic Jihad
7. The Beginning of the End in Iraq
8. The Grand Return of the Shi?i Mahdi
9. Diasporas of the Apocalypse
10. The Armageddon of Jihad

Epilogue: Through the Looking Glass—and Beyond
Notes
A Contemporary Muslim Apocalyptic Bibliography
Index