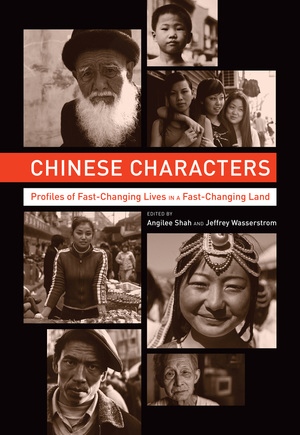 An artist paints landscapes of faraway places that she cannot identify in order to find her place in the global economy. A migrant worker sorts recyclables and thinks deeply about the soul of his country, while a Taoist mystic struggles to keep his traditions alive. An entrepreneur capitalizes on a growing car culture by trying to convince people not to buy cars. And a 90-year-old woman remembers how the oldest neighborhoods of her city used to be.

These are the exciting and saddening, humorous and confusing stories of utterly ordinary people who are living through China's extraordinary transformations. The immense variety in the lives of these Chinese characters dispels any lingering sense that China has a monolithic population or is just a place where dissidents fight Communist Party loyalists and laborers create goods for millionaires.

Chinese Characters is a collection, as Pankaj Mishra writes in his foreword, "to herald a new golden age of journalism about a ceaselessly fascinating country." Contributors include a Pulitzer Prize winning journalist, a Macarthur Fellow, the China correspondent to a major Indian newspaper, and scholars whose depth of understanding is matched only by the humanity with which they treat their subjects. Their stories together create a multi-faceted portrait of a country in motion and an introduction to some of the best writing on China today.

Jeffrey Wasserstrom is Professor of History at the University of California, Irvine. He is the author of books such as China in the 21st Century, Global Shanghai, and China’s Brave New World, and the editor of the Journal of Asian Studies.
Angilee Shah is a freelance journalist. Her work has appeared in the Far Eastern Economic Review, Mother Jones, TimeOut Singapore, Global Voices, and AsiaMedia, among other publications.

“The editors manage to deliver a compelling product because the contributors they assemble have impressively understood China by spending time there. . . . Funny and touching portrayals are what give this book its bite. They also help accomplish what the book sets out to do. ‘Chinese Characters’ sidesteps hackneyed generalizations of China as a country of either great promise or perilous menace. It is at its most nuanced when the characters simply speak for themselves.”—Clarissa Sebag-Montefiore Wall Street Journal

“The compilers have smartly focused on curating a selection of stories that illustrates how China is a place where, as editor Jeffrey Wasserstrom puts it, ‘lives can suddenly be turned inside out as opportunities are seized or squandered, and change is by turns liberating and unsettling.’ . . . In reading these stories of how individuals make their way in this topsy-turvy, fast-paced society, enduring hardship, creating new businesses, challenging authority, struggling to maintain their identities and trying to create better lives for their children, it's impossible not to feel impressed—and connected.”—Julie Makinen Los Angeles Times Book Review

“An astonishing anthology of short profiles of “Chinese characters” . . . suggests a population that often regards itself as just as foreign to this new, modern China as those born outside its national borders. . . . In Chinese Characters we meet some of those human beings and . . . increase our understanding of China.”—Adam Minter Pacific Standard

“A book with such a line-up of talent probably needs nothing else said about it: whether one is interested in China or merely wishes to indulge in some well-crafted prose, Chinese Characters will not disappoint.”—Peter Gordon Asian Review Of Books

“The essays cover a panoply of issues facing modern China, and the book’s combination of scope and intimacy is central to its achievement.”—Publishers Weekly

“[The book’s editors] are gifted writers, making Chinese Characters both an illuminating portrait of contemporary China, but also a delight to read on literary merit alone.”—John Delury Global Asia

“Jeffrey Wasserstrom and Angilee Shah have done a masterful job compiling and editing this book of 15 essays, each written by the most knowledgeable and articulate China experts on the planet. . . . I highly recommend it to anyone who wants to learn more about the lives of Chinese we rarely hear about. It lends nuance to everything we hear in the media about China, and takes us into worlds most of us hardly know exist. It is heartbreaking, uplifting, awe-inspiring and surprising. It’s one of the best books I’ve read on China and it belongs on all of your bookshelves.”—Richard Burger Peking Duck Blog

“A paragon of closely observed writing and a fascinating read.”—Aelred Doyle That’s Shanghai

“For an outside audience that still sometimes sees the Chinese as the faceless masses, Wasserstrom and Shah have assembled a collection of faces and names and fascinating life stories of a range of Chinese people. The contributors are some of the best-known writers on China today, and from every layer of society and every walk of life, the Chinese characters they have portrayed give readers a privileged glimpse inside a country that is bubbling with diversity and change.” -Rob Gifford, China Editor, The Economist and author of China Road

"What makes Chinese Characters such an enjoyable read is that it is a mosaic of engrossing portraits that allows the endless paradoxes of China to come alive in myriad enthralling ways. While the contributors obviously possess a depth of professional and scholarly knowledge about China, what distinguishes their offerings here is vivid and evocative writing that shows rather than tells. You will not only learn from this book, but enjoy it."—Orville Schell, The Arthur Ross Director, The Center on US-China Relations, Asia Society, New York City

"Jeffrey Wasserstrom and Angilee Shah have assembled one of the most engaging, compelling narratives about China - past and present - that I've ever read. The contributors take us on journeys across contemporary Chinese landscapes in a wonderful range of tones and voices, mountains and cities. I can't wait to pass this on."—Susan Straight, Distinguished Professor of Creative Writing, UC Riverside

"One of the frustrating challenges of teaching Chinese culture classes to American college students is dispelling the myth of a homogeneous 'Chinese people', supposedly acting and reacting in unison to the events and problems in their country. It often takes students an entire semester living in China to erase this misconception. A short-cut solution to this problem is the new addition to the China 'required reading' booklist, Angilee Shah and Jeff Wasserstrom’s co-edited volume Chinese Characters: Profiles of Fast-Changing Lives in a Fast-Changing Land, an eye-opening collection of vignettes and case studies that conveys the great diversity of lifestyles and worldviews in this country of 1.3 billion. Following on the heels of Wasserstrom’s valuable macroscopic cultural handbook, China in the 21st Century: What Everyone Needs to Know, this collection Chinese Characters zooms in for fascinating – and often uncomfortable – close-ups of Chinese individuals and the variegated fabric of their lives. My new list of essentials for students traveling to China for the first time: your passport, your plane ticket, and a copy of Chinese Characters."—David Moser, Academic Director, CET Beijing Chinese Studies
Read More >

Introduction: “Who Are You This Time?”
Jeffrey Wasserstrom 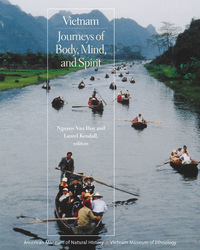