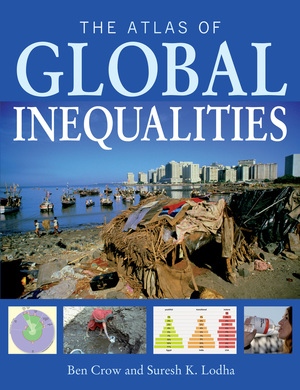 Drawing on research from around the world, this atlas gives shape and meaning to statistics, making it an indispensable resource for understanding global inequalities and an inspiration for social and political action. Inequality underlies many of the challenges facing the world today, and The Atlas of Global Inequalities considers the issue in all its dimensions. Organized in thematic parts, it maps not only the global distribution of income and wealth, but also inequalities in social and political rights and freedoms. It describes how inadequate health services, unsafe water, and barriers to education hinder people’s ability to live their lives to the full; assesses poor transport, energy, and digital communication infrastructures and their effect on economic development; and highlights the dangers of unclean and unhealthy indoor and outdoor environments. Through world, regional, and country maps, and innovative and intriguing graphics, the authors unravel the complexity of inequality, revealing differences between countries as well as illustrating inequalities within them.

Topics include: the discrimination suffered by children with a disability; the impact of inefficient and dangerous household fuels on the daily lives and long-term health of those who rely on them; the unequal opportunities available to women; and the reasons for families’ descent into, and reemergence from, poverty.

“The data in this fascinating atlas ought to open many eyes to present-day realities.”—Spirituality & Practice

“Overall this is a good, inexpensive reference that likely will be particularly valuable to students interested in political science, economics, and social justice.”—Choice

“Thorough and disturbing. . . . The data in this fascinating atlas ought to open many eyes to present-day realities.”—Spirituality & Practice

Income
Income inequality both between and within countries has risen dramatically during the
process of industrialization.

Household Wealth
Household wealth is unevenly distributed across the world. A huge proportion is
concentrated in the hands of a very few.

Consumption
Poor households have to spend most of their income on food, with little left for other
purposes.

Budget Priorities
The proportion of GDP that governments spend on the military, healthcare, education,
and social security provides one measure of their social priorities.

Freedom & Democracy
While freedoms and democracy are hard to quantify, even rough measures indicate
significant inequalities within and between nations.

Incarceration & Execution
Rates of imprisonment vary widely around the world, and the use of
execution is rare in industrialized countries.

Gender
Bias against women is reflected in their unequal political and economic participation
and influence, their hours in unpaid work, and in the preference for sons over
daughters.

Class
Class divisions separate the rich and powerful from those who have little opportunity to
gain wealth and influence.

Race & Ethnicity
Some minority ethnic and religious groups suffer systematic discrimination. Inequalities
associated with ethnicity are frequently intertwined with those of gender and poverty.

Child Labor
Millions of children are employed in paid or household work. Raising wages and
reducing poverty is the most effective way of reducing child labor.

Hunger
Hunger, is one of the most devastating dimensions of inequality. Children are
particularly at risk from its effects.

Household Water
Poor people and those living in rural areas are least likely to have easy access to safe
drinking water.

Energy
Energy is a prerequisite for economic opportunities and human development that
remains inaccessible to many due to poverty, rural location, or lack of infrastructure.

Household Fuel
Most people in developing countries have access only to biomass and solid fuels for
household use. These fuels pose serious health hazards.

Mobility
The opportunity to travel easily and safely even for short distances is a key indicator of
both economic and gender inequality.

Digital Divide
The digital divide between industrialized and non-industrialized countries constrains the
advance of healthcare, education, social freedoms, and livelihoods.

Maternal Mortality
The half a million women who die each year from complications related to pregnancy
are mainly from the poorest people in the least developed countries.

Access to Healthcare
Access to healthcare is worst in low-income countries, in rural areas and for the poor.
The rich benefit most from government health expenditure.

Infectious Diseases
Malaria, HIV/AIDS, and tuberculosis have a devastating effect on the poorest and most
vulnerable people in developing countries.

Climate Change
Industrialized countries have historically been the largest carbon emitters, but
developing nations and the poor bear the brunt of the resultant climate disasters.

Deforestation
Rapid deforestation is having a negative environmental impact and threatening the
livelihoods of a quarter of the world’s population.

Air Pollution & Health
Air pollution, both indoors and outdoors, is a significant cause of death and disabling
disease.

Water & Health
A tenth of all disease could be alleviated by improvements in household water,
sanitation, and water-resource management. The poor are most likely to lack clean
water and sanitation services. 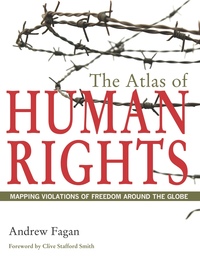