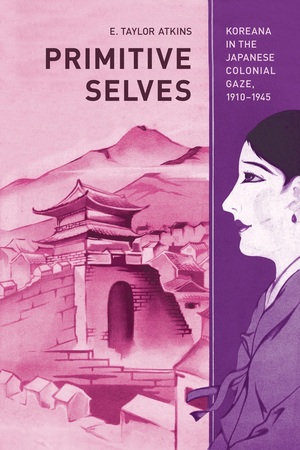 This remarkable book examines the complex history of Japanese colonial and postcolonial interactions with Korea, particularly in matters of cultural policy. E. Taylor Atkins focuses on past and present Japanese fascination with Korean culture as he reassesses colonial anthropology, heritage curation, cultural policy, and Korean performance art in Japanese mass media culture. Atkins challenges the prevailing view that imperial Japan demonstrated contempt for Koreans through suppression of Korean culture. In his analysis, the Japanese preoccupation with Koreana provided the empire with a poignant vision of its own past, now lost--including communal living and social solidarity--which then allowed Japanese to grieve for their former selves. At the same time, the specific objects of Japan's gaze--folk theater, dances, shamanism, music, and material heritage--became emblems of national identity in postcolonial Korea.

E. Taylor Atkins is Professor of History at Northern Illinois University and the author of Blue Nippon: Authenticating Jazz in Japan.

“Atkins succeeds in illustrating the many anxieties and self-contradictions that shaped the Japanese reception, handling and discussion of Korean traditional and popular culture throughout the official, anthropological, curatorial and popular spheres.”—Japan Times

“This book is an asset not only to scholars of Japanese and Korean studies but to readers interested in colonial histories, postcolonial studies, racial studies and cultural studies in general, thanks to its comparative interdisciplinary approach . . . For readers with an interest in Korean or Japanese cultural policy, Atkin’s work on how cultural emblems can be repurposed for under different national agendas would prove enthralling.“—Joowon Yuk Int Journal Of Cultural Policy

“The author is to be commended for amassing a wide range of cultural productions . . . and shaping them into a more general claim about the relationship between colonialism and culture within the context of modernity.”—Todd Henry Korean Studies

“Primitive Selves makes an important contribution to global empire studies, the disciplines of history, ethnography, and anthropology, as well as to transitional Japanese and Korean studies and should be widely consulted by scholars and students of these areas and beyond.”—Nayoung Aimee Kwon Pacific Affairs

"Primitive Selves offers the reader a comprehensive and well researched look into the historical Japanese fascination with the Korean culture and traditions, something that continues to be relevant in an increasingly globalised world. ... this book is an ambitious feat, seeking to change the ways scholars understand the lasting impact that colonial rule has had on the geopolitical climate in Asia."—Mutual Images Journal

"Deeply researched and elegantly written, Primitive Selves reaches beyond the confines of the colonial era to the present Japanese preoccupation with Korea. This is an absolute must-read for students and scholars of East Asia."—Sabine Frühstück, author of Uneasy Warriors: Gender, Memory and Popular Culture in the Japanese Army

"A gem to be consulted by all students of anthropology, history, ethno-musicology, and colonial studies."—Hyung Il Pai, author of Constructing "Korean" Origins: A Critical Review of Archaeology, Historiography, and Racial Myth in Korean State Formation Theories

"The hallmark of Atkins' scholarship is his ability to take something seemingly marginal—Japanese jazz, Koreana—and use it as a lens to explore cultural practices, national sensibilities, and modern ideologies. In doing so, this book uncovers the anxieties about authenticity that underlie the Japanese fixation with Korean culture across the twentieth century. This is a great example of how to write the empire into the history of modern Japan."—Louise Young, author of Japan's Total Empire: Manchuria and the Culture of Wartime Imperialism