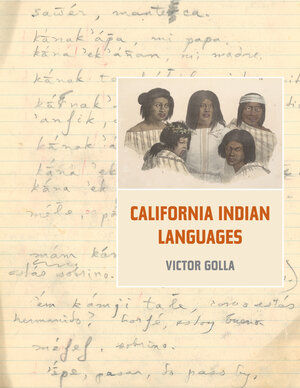 Nowhere was the linguistic diversity of the New World more extreme than in California, where an extraordinary variety of village-dwelling peoples spoke seventy-eight mutually unintelligible languages. This comprehensive illustrated handbook, a major synthesis of more than 150 years of documentation and study, reviews what we now know about California’s indigenous languages. Victor Golla outlines the basic structural features of more than two dozen language types, and cites all the major sources, both published and unpublished, for the documentation of these languages—from the earliest vocabularies collected by explorers and missionaries, to the data amassed during the twentieth-century by Alfred Kroeber and his colleagues, and to the extraordinary work of John P. Harrington and C. Hart Merriam. Golla also devotes chapters to the role of language in reconstructing prehistory, and to the intertwining of the language and culture in pre-contact California societies, making this work, the first of its kind, an essential reference on California’s remarkable Indian languages.

Victor Golla, a leading expert on the native languages of California, is Professor of Anthropology at Humboldt State University. He is the editor of The Sapir-Kroeber Correspondnce: Letters Between Edward Sapir and Alfred Kroeber, 1905–1925 and of several volumes of The Collected Works of Edward Sapir.

“A once-in-a-hundred year work which is not only scholarly, well-footnoted, well-referenced, and bibliographically complete. It is also readable and enjoyable. . . . A landmark in the study of native Californian languages. . . . I plan to read and reread . . . for as long as I can imagine into the future. . . . This is a book to be used, not just admired.”—Kathryn A. Klar California Archaeology

"Victor Golla has been the leading scholar of California Indian languages for most of his professional life, and this book shows why. His ability to synthesize centuries of fieldwork and writings while bringing forward new ideas and fresh ways of looking at California’s famous linguistic diversity will make this the primary text for anyone interested in California languages."--Leanne Hinton, Professor Emerita of Linguistics, University of California, Berkeley and author of How to Keep Your Language Alive

“This book is a wonderful contribution that only Golla could have written. It is a perfect confluence of author and subject matter.”--Ives Goddard, Senior Linguist, Emeritus, Smithsonian Institution

"Golla is a gifted polymath and California Indian Languages is certainly his landmark achievement, required reading for any linguist, archaeologist, ethnographer, or historian interested in aboriginal California."--Robert L. Bettinger, Professor of Anthropology, University of California Davis and author of Hunter-Gatherer Foraging


"The preeminent figure in his field, Victor Golla has written a masterpiece filled with treasures for every audience: Indian communities working toward cultural and linguistic revival; general readers interested in the many cultures of Native California; and scholars in the fields of language, archaeology, and prehistory. The information here is so detailed that it supersedes all previous reference works."--Andrew Garrett, Professor of Linguistics, University of California Berkeley and Director, Survey of California and Other Indian Languages

“This is a truly magnificent work, at once authoritative, comprehensive, accessible to a wide readership, and fascinating. Masterfully integrating linguistic, archaeological, historical, and cultural information, the author describes not just the languages, but also the major figures in the story: speakers, explorers, missionaries, and scholars. It is beautifully written, a great pleasure to read, and difficult to put down."--Marianne Mithun, author of The Languages of Native North America
Read More > 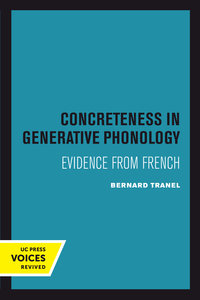