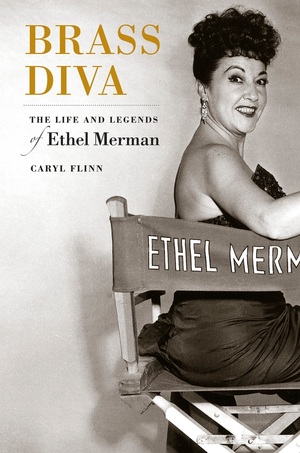 Brass Diva The Life and Legends of Ethel Merman

Broadway star Ethel Merman's voice was a mesmerizing force and her vitality was legendary, yet the popular perception of La Merm as the irrepressible wonder falls far short of all that she was and all that she meant to Americans over so many decades. This marvelously detailed biography is the first to tell the full story of how the stenographer from Queens, New York, became the queen of the Broadway musical in its golden age. Mining official and unofficial sources, including interviews with Merman's family and her personal scrapbooks, Caryl Flinn unearths new details of Merman's life and finds that behind the high-octane personality was a remarkably pragmatic woman who never lost sight of her roots.

Brass Diva takes us from Merman's working-class beginnings through the extraordinary career that was launched in 1930 when, playing a secondary role in a Gershwin Brothers' show, she became an overnight sensation singing "I Got Rhythm." From there, we follow Merman's hits on Broadway, her uneven successes in Hollywood, and her afterlife as a beloved camp icon. This definitive work on the phenomenon that was Ethel Merman is also the first to thoroughly explore her robust influence on American popular culture.

Caryl Flinn lives and works in Tucson, where she is a Professor at the University of Arizona. She is the author of The New German Cinema: Music, History and the Matter of Style (UC Press), Strains of Utopia, and Music and Cinema (co-edited with James Buhler and David Neumeyer).

“On the eve of Merman’s centennial, Flinn peels away the layers of hardened pancake, revealing the fiercely talented and competitive yet vulnerable woman behind the knock-’em-dead persona . . . her well-written and psychologically astute portrait will satisfy musical theater fans and anyone who loves a snappy comeback.”—The Advocate

“Flinn masterfully analyzes Merman's work on stage, screen and TV with a sophisticated eye for detail that will delight theater buffs.”—Publishers Weekly

“Fascinating. . . . Those interested in Merman the diva and the myriad ways truth gets twisted in the making of a star will be utterly absorbed.”—Jack Helbig Booklist

Full text: January 16, 1908: Musical-comedy star Ethel Merman was born (100 years ago!). Our friends at the University of California Press recently published an intriguing account of Merman’s life entitled Brass Diva: The Life and Legends of Ethel Merman. Check out an article by the book’s author, Caryl Flinn, on the UC Press blog here.—University Of Nebraska Press Blog

"A thought-provoking and absorbing read, Caryl Flinn's Brass Diva brings a fresh perspective to the legend of Ethel Merman. While she was easily dismissed as an exceedingly simple broad, Ms. Flinn's research into the nuances of her life reveal the complicated person that was my grandmother. More than once I was moved to reconsider the reasons for her enduring as a source of inspiration as well as notions about her life and career that I had taken for granted. I highly recommend it."—Barbara Geary


"This book is long overdue. We've been told that Merman's reviews were glowing, but now we can read them for ourselves. Beautifully researched, this book will undoubtedly find its way into every musical theatre library. Merman has been at the center of so many apocryphal tales, it's thrilling to enter an era of serious exploration and analysis. Brass Diva starts to pull the myths apart and to put Ethel Merman in her proper historical perspective."—Klea Blackhurst, creator of Everything The Traffic Will Allow: The Songs and Sass of Ethel Merman

"It is a pleasure to read Caryl Flinn's scrupulously researched and elegantly constructed biography. Brass Diva puts all other Merman books to shame. With her exhaustive knowledge of her subject, Flinn explores the meanings of Merman's life, her shows, her songs, her fans, and most intriguingly, her subtexts."—Krin Gabbard, author of Black Magic: White Hollywood and African American Culture

"Brass Diva is a wonderful and important study of Ethel Merman's life and work, as well as a sophisticated reading of Merman herself. The scholarship is excellent, the writing is lively and engaging, and the research is detailed and absolutely new. Brass Diva will likely become the key primary resource for future Merman scholarship."—Stacy Wolf, author of A Problem Like Maria: Gender and Sexuality in the American Musical 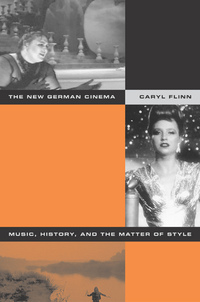