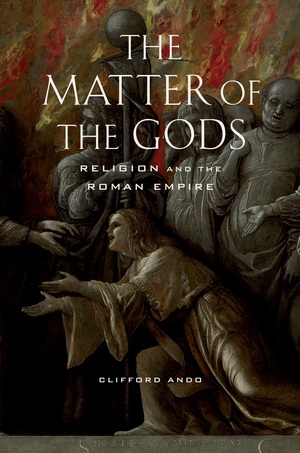 The Matter of the Gods Religion and the Roman Empire

What did the Romans know about their gods? Why did they perform the rituals of their religion, and what motivated them to change those rituals? To these questions Clifford Ando proposes simple answers: In contrast to ancient Christians, who had faith, Romans had knowledge, and their knowledge was empirical in orientation. In other words, the Romans acquired knowledge of the gods through observation of the world, and their rituals were maintained or modified in light of what they learned. After a preface and opening chapters that lay out this argument about knowledge and place it in context, The Matter of the Gods pursues a variety of themes essential to the study of religion in history.

Clifford Ando is Professor of Classics, History and the College at the University of Chicago and author of Imperial Ideology and Provincial Loyalty in the Roman Empire (UC Press), winner of the Charles J. Goodwin Award of Merit from the American Philological Association, among other books.

“The papers that [Ando] has gathered here will cause many people to reconsider what they think they know about the Roman religion, to look at familiar material from a fresh point of view, and ultimately to gain deeper insight into the culture of the Roman world.”—New England Classical Journal

“What did the Romans know about their gods? Why did they perform the rituals of their religion, and what motivated them to change those rituals? In response to these questions, Ando . . . contends that in contrast to early Christians who had faith, the Romans had knowledge that was empirical in orientation.”—New Testament Abstracts

"Captures very well the precarious balance maintained in Roman religion between an exaggerated respect for tradition and a remarkable capacity to innovate in a crisis."—Bryn Mawr Classical Review

"Ando argues that the Romans acquired knowledge of the gods through observation of the world and that their rituals were maintained or modified in light of what they learned."—Times Higher Education

"A work of innovative spirit and great learning, stylishly argued throughout, and beautifully written."—Sabine MacCormack, author of The Shadows of Poetry: Virgil in the Mind of Augustine

part one. the limits of orthopraxy

2. Idols and Their Critics
3. Interpretatio Romana
4. Religion and Ius Publicum

5. A Religion for the Empire
6. Religion and Imperialism at Rome
7. The Palladium and the Pentateuch 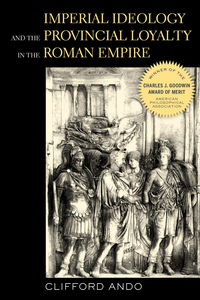 Imperial Ideology and Provincial Loyalty in the Roman Empire