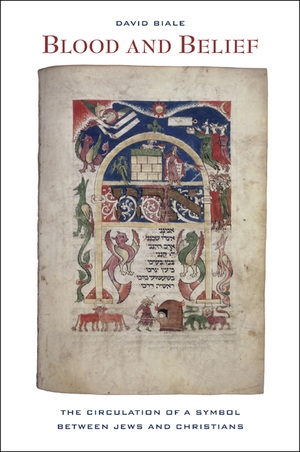 Blood contains extraordinary symbolic power in both Judaism and Christianity—as the blood of sacrifice, of Jesus, of the Jewish martyrs, of menstruation, and more. Yet, though they share the same literary, cultural, and religious origins, on the question of blood the two religions have followed quite different trajectories. For instance, while Judaism rejects the eating or drinking of blood, Christianity mandates its symbolic consumption as a central sacrament. How did these two traditions, both originating in the Hebrew Bible's cult of blood sacrifices, veer off in such different directions? With his characteristic wit and erudition, David Biale traces the continuing, changing, and often clashing roles of blood as both symbol and substance through the entire sweep of Jewish and Christian history from Biblical times to the present.

David Biale is Emanuel Ringelblum Professor of Jewish History at the University of California, Davis and author of Eros and the Jews: From Biblical Israel to Contemporary America (UC Press). He edited Cultures of the Jews: A New History, and Insider/Outsider: American Jews and Multiculturalism (UC Press) with Susannah Heschel and Michael Galchinsky.

“Biale’s writing is as interesting, and sometimes as controversial, as his topics. . . . Blood and Belief is worth adding to your library.”—Ingrid Wilkerson World History Connected

“Bird provides readers with a readable, informed overview of the state of the question.”—Hebrew Studies: A Journal Devoted To Hebrew Language And Literature

"A wonderful, rich, and fascinating book, and a great read. Biale explores the meanings of blood within Jewish and Christian cultures from the blood of the sacrifices of the book of Leviticus to the blood of the Eucharist to the blood of medieval blood libels and the place of blood in Nazi ideology. Biale shows that blood symbolism stands at the center of the divide between Judaism and Christianity. This book will be the point of departure for all future studies of the subject."—Shaye J.D. Cohen, Harvard University

"I know of no other work that, through numerous insights and useful distinctions, so alerts us to and comprehensively documents the ongoing constitutive role of Christian and anti-Semitic perceptions of Jewish existence and the interactions between them. Whereas much contemporary historiography has become so specialized that historians have surrendered the larger picture, David Biale's panoramic perspective reveals the great value and interest of this work."—Steven E. Aschheim, author of Beyond the Border: The German-Jewish Legacy Abroad

1. Pollution and Power: Blood in the Hebrew Bible
2. Blood and the Covenant: The Jewish and Christian Careers of a Biblical Verse
3. God’s Blood: Medieval Jews and Christians Debate the Body
4. Power in the Blood: The Medieval and the Modern in Nazi Anti-Semitism
5. From Blood Libel to Blood Community: Self-Defense and Self-Assertion in Modern Jewish Culture 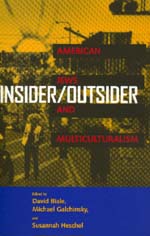 Eros and the Jews