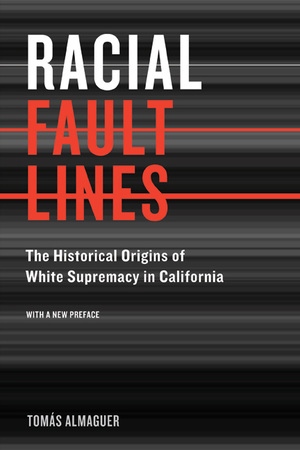 Racial Fault Lines The Historical Origins of White Supremacy in California, With a New Preface

This book unravels the ethnic history of California since the late nineteenth-century Anglo-American conquest and the institutionalization of "white supremacy" in the state. Drawing from an array of primary and secondary sources, Tomás Almaguer weaves a detailed, disturbing portrait of ethnic, racial, and class relationships during this tumultuous time. A new preface looks at the invaluable contribution the book has made to our understanding of ethnicity and class in America and of the social construction of "race" in the Far West.

"Almaguer's book on the historical development of racism in California in the second half of the 19th century has been long awaited."—American Journal of Sociology

"This book is the first attempt to put various racialized groups, which must be analyzed on their own terms, in a comparative context so that differences and similarities are brought sharply into focus. Almaguer has demonstrated throughout that 'race' served as the central organizing principle of group life in California during the second half of the nineteenth century."—American Historical Review

"Almaguer's approach to this history is unconventional, yet insightful, informative, and thought provoking. He has provided Chicano history with a nuanced and sophisticated rendering of racial formation in nineteenth-century California based on the latest theories of race and racialization. . . . Readers will be enlightened by this history, and angry that it occurred. They will understand, though, how racial formation operates today and why race is still the primary organizing principle in California and the United States in general."—Mexican Studies/Estudios Mexicanos

"Almaguer shows in rich detail how white supremacy shaped class formation in California; in so doing he underscores once more the fundamental, indeed foundational importance of race and racism in the United States."—Contemporary Sociology

"An excellent summary and interpretation of race relations in nineteenth-century California. Empirically rich and theoretically sophisticated, it is the last and best word on the historical origins of the racial hierarchy that contemporary multiculturalists are struggling to overcome."—George Fredrickson, Stanford University

"Sometime soon in the 21st century, all of California's peoples will belong to minorities, and Almaguer's pathbreaking comparative history is indispensable for understanding how and why this society became so racially diverse. His study expands the borders of multicultural scholarship."—Ronald Takaki, University of California, Berkeley 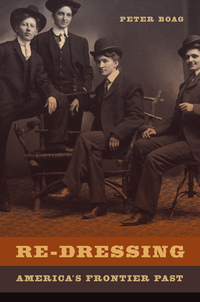