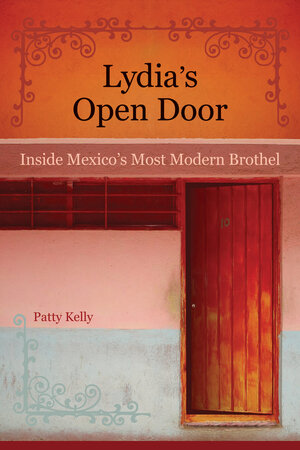 In this groundbreaking ethnographic study, Patty Kelly examines the lives of the women who work in the Zona Galactica, a state-run brothel in Chiapas's capital city. By delving into lives that would otherwise go unremarked, Kelly documents the modernization of the sex industry during the neoliberal era in the city of Tuxtla Gutiérrez and illustrates how state-regulated sex became part of a broader effort by government officials to bring modernity to Chiapas, one of Mexico's poorest and most conflicted states. Kelly's innovative approach locates prostitution in a political-economic context by treating it as work. Most valuably, she conveys her analysis through vivid portraits of the lives of the sex workers themselves and shows how the women involved are neither victims nor heroines.

Patty Kelly is an Assistant Professor of Anthropology at George Washington University.

“Lydia’s Open Door is a captivating, well-written book that makes use of the author’s ethnographic skills and theoretical baggage. Undoubtedly, this book is a key reference for those interested in the way in which neoliberalism transforms the exercise of prostitution into something ‘modern’, by exhibiting hidden nineteenth-century moral values, in a society ‘trapped’ between tradition and modernity.”—Journal of Latin American Studies

“[Kelly’s] methods are innovative, her analysis is sharp, and her writing expertly crafted, all of which make this ethnography not only valuable, but truly enjoyable.”—Journal Latin American & Caribbean Anthropology

“Kelly’s nuanced, descriptive, and insightful study nicely complements recent work on gender and sexuality in provincial Mexico and offers a fresh perspective on issues related to labor, reformism, and economic development in the context of globalization.”—Americas

“This exceptional book makes several key contributions to the field and shows how freedom and anxiety, and the market and morality, tensely coexist in the business of sex. . . . Kelly's analysis is conveyed through vivid portraits of the lives of sex workers, showing that the women involved are neither victims nor heroines but something else: actors caught between agency and constraint.”—Roger N. Lancaster, author of The Trouble with Nature


“In this tour de force of feminist anthropology, Patty Kelly gives her heart to the remarkable women who toil in the bawdy sweatshops of the Zona Galactica, a 'reformed' red-light district in the Chiapas capital of Tuxtla Gutiérrez. In fact, as Kelly shows, it is just the ultimate low-wage industrial district.”—Mike Davis, author of Planet of Slums and In Praise of Barbarians

“The clarity of Kelly's perspective is neither apologetic, nor presumptive (as is usually the case); her focus is always on the political context of these women's lives. Patty Kelly writes like a poet and novelist, so much so that this work begs to be a movie.”—Carol Leigh, a.k.a. “Scarlot Harlot,” author of Unrepentant Whore